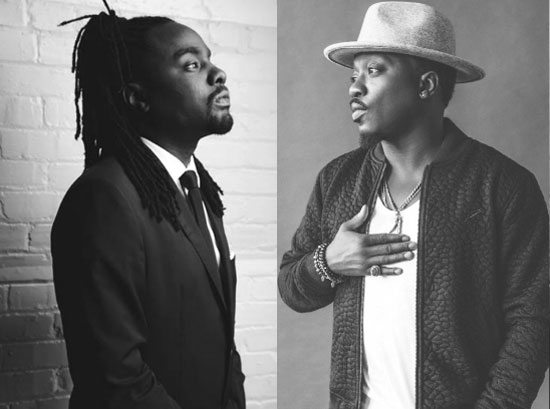 The controversial film, The Birth of a Nation, hits theaters on Friday, October 7th, and today a soundtrack of music inspired by the story of Nat Turner has been released. One of the songs from the soundtrack unites DMV rapper Wale with soul brother number one Anthony Hamilton on the track "Live Forever." The collaboration opens with AHam's booming, soulful vocals that will give you chills, just like the movie. "I got so much to live for / So much to share / Could take a look in the mirror / And there's no one else to care / I got so much to live for / So much to give / I don't care if it takes forever / Cause forever I'll live," he sings. After Anthony proclaims his will to live over the piano-backed instrumentals, Wale steps in to declare his reasons for pushing through, also addressing the injustices in the world. "They killin' men but they innocent / They killin' many/ That badge of honor just not enough to conceal they feelings," he raps.

When he's not representing  DC, Wale is busy being a dad. Earlier this summer, he welcomed his baby girl, Zyla Moon Oluwakemi, to the family and he's been posting the cutest videos of her on his Instagram. As for Anthony, when he wasn't taking fans home with him on NPR's Noteworthy documentary, he's been getting ready to get back on the road for the What I'm Feelin' Tour next week. Along with Wale and AHam, you can find even more hip hop and soul on the album, with new music from Nas, Ne-Yo, The Game, Marsha Ambrosius, Leon Bridges and more. Even Meek Mill and K. Michelle made it on the soundtrack, so it's sure to be an interesting listen. If you're ready, order The Birth of a Nation: The Inspired by Album right now from Amazon or iTunes.