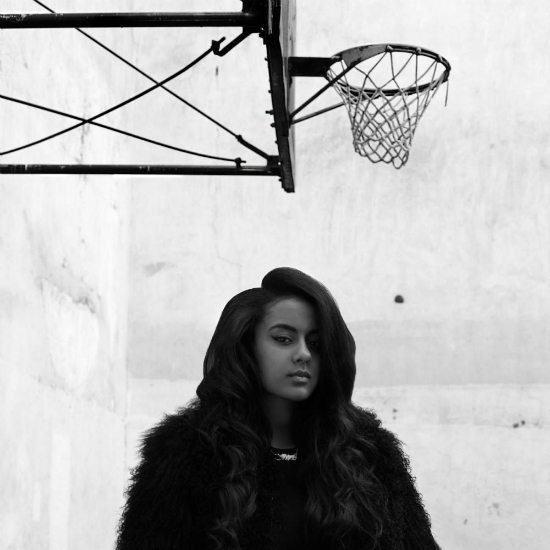 Bibi Bourelly makes her financial woes sound like a celebration in the mid-tempo ditty "Ballin'" where she sings about living on the broke side of life. Mixing a little sarcasm with optimism, the track will help you look at your empty bank account and pockets in a new light because we've all been there. The German-bred singer/songwriter describes the single as her "broke b***h anthem" and aptly seasons the single with ramen packets and unemployment to drive her point home. "Gourmet / Heart them ramen noodles / Freak it with the hot sauce / I do McDonalds, too, though / And when I wanna go out / Goodwill gotta do, though / Sweet talking the bouncers / 18 bucks, I need two more," she sings and we relate to her struggle.

Bibi just performed a soulful and slower version of "Ballin" this weekend at The Roots Picnic in New York City. You can catch video footage of her performance on her Facebook page. The songstress just released "Boys Lie" at the end of the summer, and we're still waiting to see when we can expect her next EP, Free The Real (Part 2). Hopefully we'll have our paper up by its release, but if you're money ain't funny you can purchase "Ballin" on iTunes right now after you give it a spin below. For everyone else whose change is strange, you can stream Bibi Bourelly's music for free on SoundCloud and Spotify.


TAGS:  audio, Bibi Bourelly
Previous: The Weeknd Rings The ‘Alarm’ & Brings ‘Starboy’ To ‘Saturday Night Live’ Next: Ne-Yo Serenades His ‘Queen’ For ‘The Birth Of A Nation’ Soundtrack