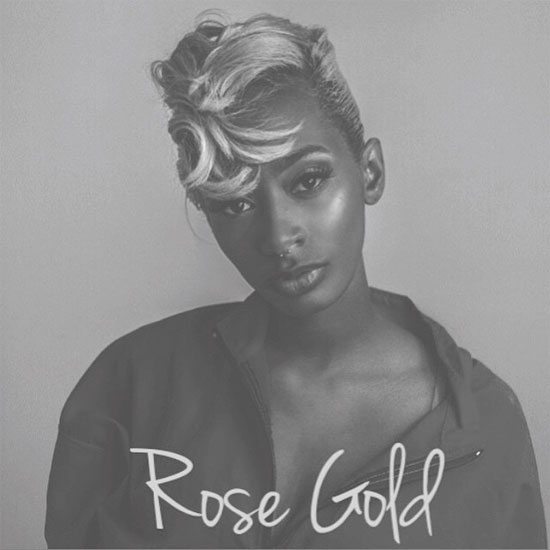 Musician/producer extraordinaire Terrace Martin’s Velvet Portraits album was a tour de force when it dropped earlier this year in March. Featuring a number of guest stars, including Kamasi Washington, Thundercat, Robert Glasper and our bae Lalah Hathaway, the project received major burn on our playlists. However, the song we found ourselves most enamored with was the jazz funk ballad “Think of You” featuring a little-known female vocalist whose name we didn't readily recognize. We fell even further in love with this emerging talent when we got the chance to hear her sing live with Terrace during Chevrolet and REVOLT’s ‘A Journey Into Sound’ event. At that point, we couldn’t deny our feelings. We were smitten. We were head over heels. We were beside ourselves with joy. We’d found the real thing in Rose Gold.

The singer/songwriter met Martin by chance at a Battlecat tribute. The two kept in contact but never collaborated, that is until Martin heard her cover of Sade’s “Smooth Operator” and realized that the beautiful ingenue was more than just a sweet face with 'round the way girl swag, but a creative force. A singer with dreams, pain, sass, joy, hope and much more to share with the world. He took Rose Gold under his wing and the two created beautiful music together, with Rose not only contributing vocals and songwriting to Velvet Portraits but also being part of the creative think tank behind Kendrick Lamar’s To Pimp A Butterfly.