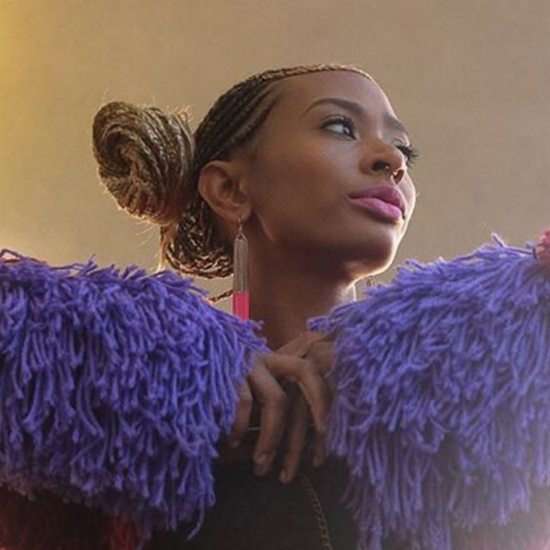 However, Muva Rose Gold, a Los Angeles-by-way-of-West Baltimore City native, is more than just a studio singer. Rose was first recognized for her skills with a pen, working with Teedra Moses and James Fauntleroy. Rose’s subject matter goes beyond your standard pop ditties or soul ballads but attempts to hit home with the audience, whether it be through heartbreak, depression or loss. Growing up in Baltimore, Rose recognized the pain and struggle of those around her looking for love and attention. These experiences inform her work in wondrous ways, bringing a Curtis Mayfield-esque man on the street observation to her songwriting, but with a woman’s touch. Even when she’s talking about the loftiness of love, there’s a grounded take.

Take for instance her love hangover ballad, “Drive Me To Drink.” While Rose’s vocals are amazing, almost mocking in their perfection as she sings, “Now I can see crystal clear this love ain’t over / Sometimes I wish you were here / Now that I’m sober,” she can also get very real with us, confessing, “I don’t want to say how much Hennessy I’ve been drinking.” Though her vocals are flawless, they aren’t without personality. Her voice has the mark of experience, the scar of pain and the liveliness of hope. Rose is giving us the real deal about going through such heartache and pain.

There’s also the James Fauntleroy produced “Runnin,” a smooth ‘70s groove about looking for love. While the lyrics are simplistic and repetitive, it plays into the message of the song, getting lost looking for love, going in circles, even if the one who loves you is staring you in the face. Also, it doesn’t hurt to hear the same refrain over and over again when it's sung by such an amazing vocalist. Then there’s the jook joint-ish “Fever” that puts you in the middle of Louisiana in 1961 at a jook joint trying to keep cool, but that fine thang that just walked through the door just won’t let you keep your composure. Rose puts us in that place and in our feelings, riding the beat like Shug Avery in The Color Purple. Finally, we would be remiss if we didn’t mention Ms. Gold’s latest masterpiece, “My Apology.” Over soft synths and a funky guitar, Muva lays her sins bare. It’s a complex song about the chemistry -- or lack thereof -- between two lovers.

Currently, Rose Gold is unsigned hype, with no album on the horizon. She's just doing her own thing, releasing a loosie here and there to share with the world. Whether she goes independent or a label (smartly) picks her up, we don’t care. We just hope we can an EP, LP or a project that features her keen pen and rapturous voice sooner rather than later.