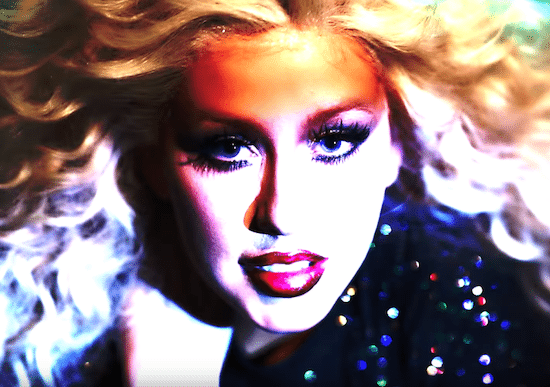 Christina Aguilera ended her four-year musical drought this year with her single "Telepathy" from the soundtrack to Netflix's hip-hop time machine The Get Down. Over the weekend, the songstress released an eye-catching music video to compliment Baz Luhrmann's enchanting style. Decked out in a sparkly outfit and enough makeup to deem her drag-worthy, Christina channels her inner '70s disco diva for a cute but cut short 90-second "fan" video. Yes, only 90 seconds is what she gives us, but the clip is equipped with enough shimmer and shine to last you quite some time. Christina teamed up with disco legend Nile Rodgers for the uptempo track, and now with the new video, we're reminded of his effortless musical genius even though he doesn't appear with her.

The Get Down soundtrack, which dropped August 12th also has features from Miguel, Janelle Monáe and more. While she's not serving as a judge on The Voice, Xtina is working on the follow-up to her 2012 album, Lotus, which we hear will also include more from Rodgers and the likes of Pharrell Williams and Da Internz. We're curious to see if this new project has the disco flair featured in "Telepathy," but since we can't read minds, we'll join everyone in watching Christina Aguilera's latest video below and getting our groove on. 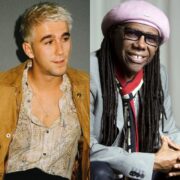