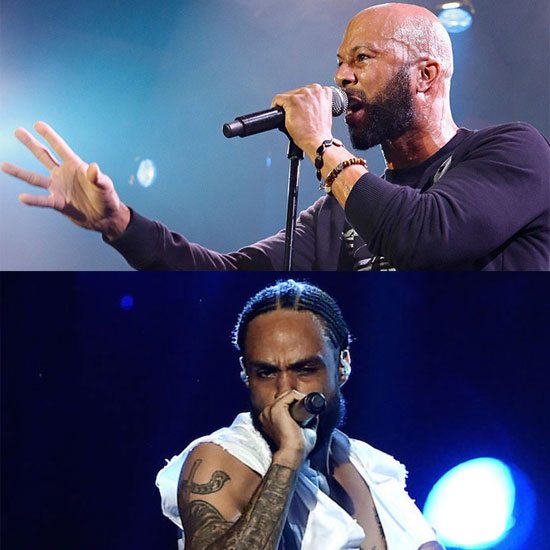 We’re not quite sure, but we think that Common and Bilal might be prepping us for a Best of Both World’s style project. Or maybe it’s just hopeful thinking. The rhyme slayer and soul singer do seem to be spending a lot of time in the studio together, though. First, Bilal popped up alongside living legend Stevie Wonder on the title track to Common’s upcoming album, Black America Again. Next, they collaborated on “Letter to the Free,” for Ava Duvernay’s 13th documentary on Netflix. Now the dynamic duo are back with two tracks to get your head nodding and your speakers knocking, “Home” and “Joy & Peace.”

“Home” starts with a preacher delivering a message about the power of a man with gift of speech, delivered over a booming bassline of frenetic drums and synths, along with some with some grandiose horns. This is the perfect backdrop for Common to “speak with diligence and authority” and “Take the original Hebrews on an Exodus of Black excellence.” Bilal is relegated to the chorus, using a modulated voice instead of his signature tenor, hauntingly singing, “Soon I will be done with the trouble of this world.”

Like “Home,” “Joy & Peace” starts off with a minister delivering a message, but it is a bit more subdued as a warped guitar riff is the basis for the production, along with a good dose of bass. The funky production is very much in line with Common’s standard sound. The synths on the track are also very reminiscent of the production on Bilal’s debut album, 1st Born Second. That’s not a bad thing, as it shows the natural chemistry between the two artists who were both at one time part of the Soulquarians collective. Short and sweet, the 2:41 track feels over before it even started.

While Bilal seems to be stealing the spotlight on Common’s upcoming opus, the project will feature a few other singers, including Syd Tha Kid from The Internet, and his “Glory” collaborator John Legend, along with Marsha Ambrosius and PJ on “LoveStar.” Black America Again will arrive in stores on November 4th and is currently available for pre-order. Listen to “Home” and “Joy & Peace” to get a sneak peek of the great things to come.