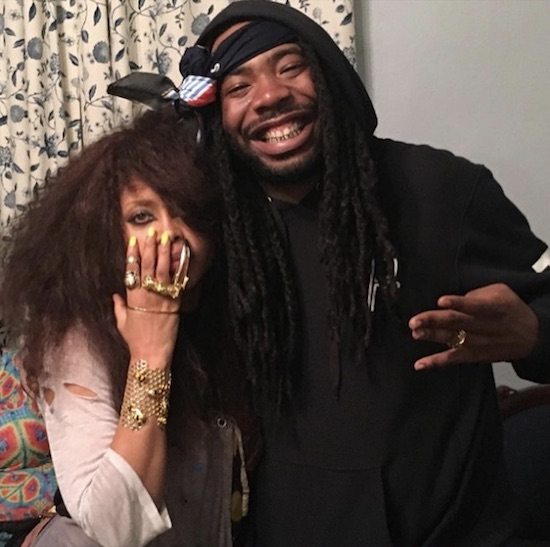 With his single "Broccoli" riding high atop the Billboard Hot Rap Songs chart, it'd be easy to write D.R.A.M. off into the trap-soul category that is so popular nowadays. However, if you've been following SoulBounce for a while now, you'd know from our past coverage that there's much more to this Virginia-bred crooner than meets the eye. Who could forget last year's tender, SZA-assisted "Caretaker" or his bass-filled "Excessive?" Well, he peels back yet another layer to his sound with his latest single, "WiFi" featuring Erykah Badu.

On the sensual tune, we find D.R.A.M. trading verses with Ms. Badu about a connection that transcends the boundaries of a good wireless connection. The song starts off with layers of D.R.A.M.'s distinctive tone before he formally introduces Erykah's verse, an act which came to him at the spur of the moment while recording. "It was on the spot. Just thinking about making it extra dope. Nostalgia is key. I like to give you those vibes," he admitted in an interview with GQ magazine. Co-produced by past collaborator Gabe Niles, the song sets the mood to simmering thanks to its slow and heavy confluence of wah-wah bass and space-tinged keys. For his part, D.R.A.M. holds his own against Erykah, whose confidence, which she put on full display this weekend, pretty much oozes through the speakers.

"WiFi" is the third single to come from D.R.A.M.'s Atlantic Records debut, Big Baby D.R.A.M., which dropped October 21st. It seems as if the song is already inspiring reworked versions, with producer 9th Wonder posting a short snippet of a "broken" version of the song to his Instagram page over the weekend. While we definitely are hoping a full-version of 9th's version will see the light of the day, we have no problem sitting back and plugging into D.R.A.M and Badu's brand of "WiFi."