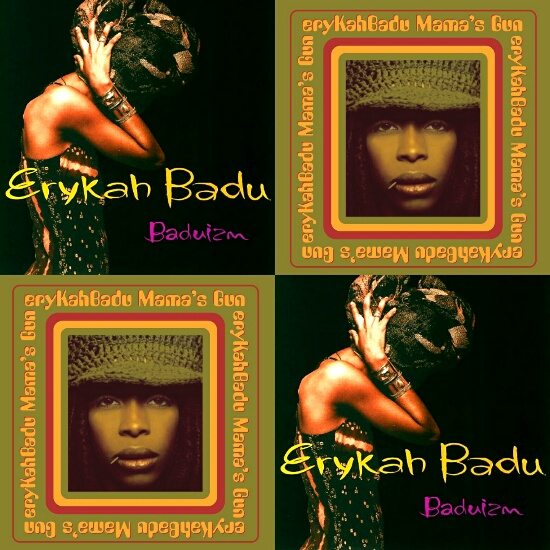 It seems that Erykah Badu is everywhere this week. First, we got the Dallas-based singer letting it all hang out on the 'Gram for her fans. Then we got to hear her collaboration with Big Baby D.R.A.M., "WiFi." But there's even more Badu news to be had. Believe it or not, next year marks the 20th anniversary of Badu's debut album Baduizm. 20 years. Let that sink in, we'll wait. Good? OK, now that we've made you feel old, here's why we're bringing that fact up: Baduizm is getting the vinyl reissue treatment!

Motown/UMe's Respect the Classics initiative has chosen Badu's seminal debut as the latest modern classic to get the double LP treatment, joining other game-changing LPs like Public Enemy's Fear of a Black Planet, Marvin Gaye's I Want You and Parliament's Mothership Connection. This also marks the first time that Baduizm — which contains Badu classics like "On & On," "Next Lifetime," Otherside of the Game" and "Appletree" — will be released on vinyl in its entirety. A previous pressing omitted the album's interludes and "Otherside," reducing its essence to only nine tracks.

Badu lovers are in for even more of a treat, though, as Respect The Classics is also issuing Erykah's sophomore set Mama's Gun as a double-disc vinyl set as well. The 16-year-old classic brought us hits like "Bag Lady," "Didn't Cha Know" and the epic ballad "Green Eyes."

Each of the double LPs will include album art and lyrics in addition to the classic albums and can be ordered online right now via the Respect The Classics website.