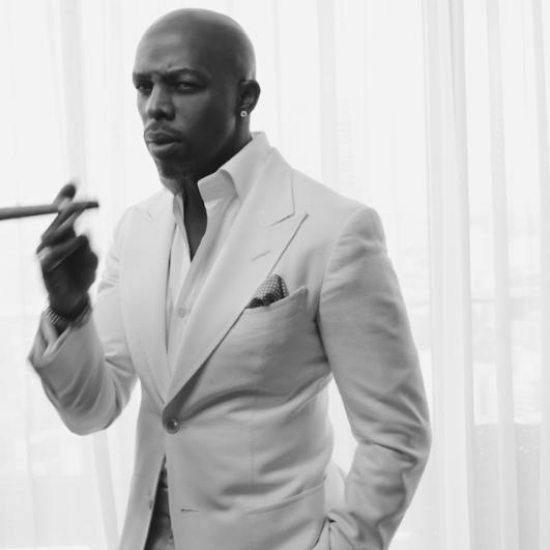 Happy hours are a great way to blow off steam after a hard day at work. They’re also a great way to meet other people who are single and ready to mingle. Joe and his wingman Gucci Mane are focusing on the latter with his new single, "Happy Hour," as the dynamic duo scope out some PYTs at the bar that got them feeling faded like some fine wine or shots of Hennessey.

Over midtempo production with bass heavy synths and stuttering drums, Joe lets a woman who’s caught his attention know that she’s got him drunk is lust, expressing that she’s, “So intoxicating every time you smile.” The newly tea-totaling trap star Gucci spits a little game, with charming lines such as, “I have your fingers on brr / Neck brr brr / Her favorite color pink so I buy her a pink fur.” While it’s great to hear Gucci use his classic catchphrase, we aren’t sure the rapper would get the digits outside the promise of extravagant gifts. “Happy Hour” is an okay song, but not quite a great. We’ve heard a number of songs using alcohol as a metaphor and this one is coming on just a little too strong. Or maybe it’s just as weak as the happy hour drink specials.

What isn't weak is the output of songs we've received from Joe over the last year. “Happy Hour” is the latest release from Joe’s upcoming album, #MYNAMEISJOETHOMAS. The R&B crooner has been teasing us with its release, sharing singles such as the soaring ballad “So I Can Have You Back,” a startling remake of Adele’s “Hello” and the socially conscious “Our Anthem.” Joe has proclaimed that the project will be his last album, and it looks like he plans on going out with a bang. You can pre-order the album on iTunes not know but right now.