Mary J. Blige Gets Into The ‘Thick Of It’ On Her New Single 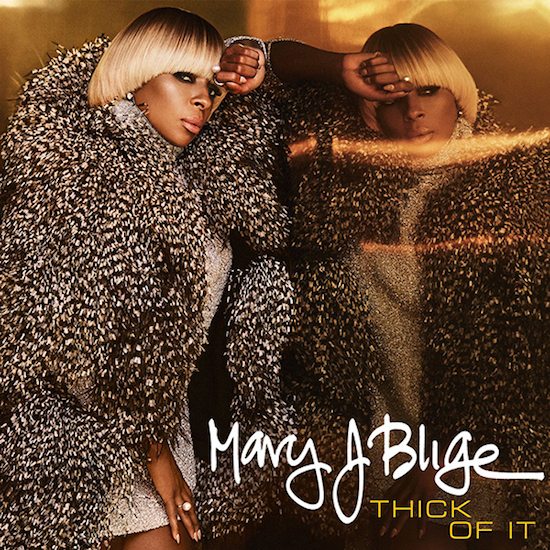 Fans of Mary J. Blige and her brand of caterwauling have long maintained that their queen works best when she is nursing a broken heart. Well, sadly for Mary and her recently-ended marriage, her fans have finally gotten their wish. After filing for divorce from her longtime partner/manager Kendu Isaacs back in July, Blige just released her first single "Thick of It."

The sweeping ballad is as dramatic and big as you'd imagine, with a skittering, 808-heavy bounce on the verse and stabs of strings, horns and piano littering the chorus, as Mary belts out lines like, “Who’s gonna love you like I do / Who will you trust / I gave you too much / Enough is enough / Now we’re in the thick of it." And just in case you were wondering, the song was, in fact, inspired by the demise of her marriage. She admitted in a recent interview with Philadelphia radio station WDAS that, “The ‘Thick of It’ is the divorce and all this stuff that’s going on right now. It’s the heaviness of it and the whole thing…That’s where I am. I’m in the middle of a divorce and it doesn’t feel good. It feels terrible, but I have strength to get through and I get through by any means necessary.”

The song, which was co-written by Jazmine Sullivan, is the first single taken from her upcoming album, Strength of a Woman. Blige also tapped producer Hit-Boy and Kanye West, who joins her on "Love Yourself." While there's no release date set for the album, fans will likely be treated to some previews of new material when Mary kicks off her King + Queen of Hearts World Tour with Maxwell later this month in Switzerland.

Despite what surely is a tough time in her personal life, Mary isn't letting any of it slow her down. In addition to her tour, she also just launched her new Apple Music talk show, The 411, which will include her puzzling interview with presidential candidate Hillary Clinton.