Home Pause For A Cause, Soul On Film, Video SoulBounce

‘Speaking In Tongues’ Documentary To Tell The Native Tongues’ Story 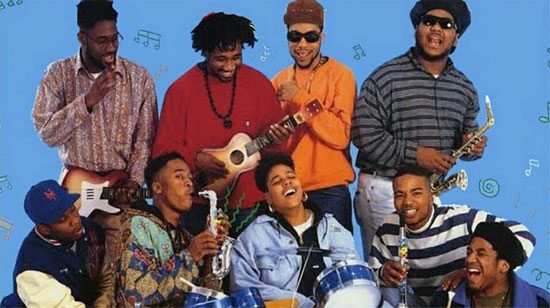 De La Soul. A Tribe Called Quest. The Jungle Brothers. Those three groups are rap royalty. Collectively known as the Native Tongues, these like-minded young folks used their skills in the art of rhyming to discuss topics such as politics, philosophy, culture, fashion, jazz and the man on the street, breathing fresh air in the world of hip hop in the late ‘80s and early ‘90s. Affiliated groups and performers such as Queen Latifah, Monie Love, Black Sheep, Leaders of the New School and Fu-Schnickens would also go on to make their mark in the world of hip hop. Their influence would extend from their native NYC boroughs to around the country, influencing artists such as Talib Kweli, OutKast and probably anyone to pick up a mic post 1989. They’re your favorite rappers favorite rappers and greatest influencers.

A new documentary, Speaking In Tongues: Legends of the Native Tongue Posse, courtesy of filmmaker Omar Akil, along with producers Norman Parrish, Ramulas Burgess and Benny Boom, seeks to give the Native Tongues collective their rightful due and let us in on the story behind one of hip hop’s first and greatest crews. Akil previously produced and co-wrote the brilliant four-part hip hop documentary series The Message for BET, so this project is in good hands. The director has spent the last eight years interviewing various members of the crew, including the recently departed Phife Dawg, alongside hip hop stars such as Yasiin Bey and many more. However, this still more history to uncover before the documentary is complete.

You can help bring the documentary to life by contributing to the Speaking In Tongues: Legends of the Native Tongue Posse Kickstarter campaign. The documentary makers hope to raise $48,000 in 30 days to complete the project. In addition to supporting a worthy project, you’ll also be thanked with a few shout outs, a little Native Tongues swag and good karma for supporting the culture.

Check out the trailer for the project below and take a look at the Kickstarter page for more information and to make a donation.