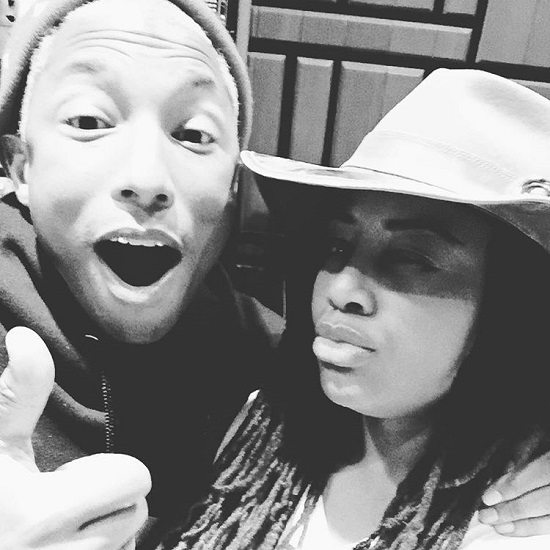 This Oscar season is flush with the faces of people of color, with major contenders like The Birth Of A Nation, Queen of Katwe and the recently released Moonlight showcasing multi-faceted slices of Black life. Joining that esteemed group is the highly anticipated Hidden Figures, whose release date was bumped up from its original January 13th release date to an awards-eligible Christmas Day release. While this is amazing for black cinema, what makes it even greater for us is that we get to hear the Hidden Figures soundtrack even earlier than expected. To prepare us for the Pharrell Williams-produced affair, two new songs from the soundtrack have been released.

First up is "Runnin'," a track featuring Skateboard P himself on vocals. For the song, Pharrell channels the sound of gospel-tinged, bluesy '60s R&B á la Ray Charles, but filtered through P's own lens, of course. A booming bass line serves as the base of the track, with shuffling percussion, middling piano and stabs of horns filling out the rest of the track. Meanwhile, Pharrell uses his falsetto similarly to how it sounded on his infectious smash "Happy" as he weaves a tale of hot summers in Virginia and the struggles of fighting for equality amongst constant injustice, at once delivering his story intermingled with that of the film's main character Katherine Johnson.

Meanwhile, "Surrender" finds Pharrell mining the classic Motown sound with a little help from SoulBounce favorite Lalah Hathaway. Piano chords build as the backing vocals rise and swell while Lalah does her best Diana Ross impression with breathy ad-libs. However, she's back to her full, rich sound by the term the verse kicks in. From there, she delivers a Supremes-esque ditty about surrendering to a love that she doesn't ever want to let go off. This one also features horns prominently, however, they're much brighter than the ones on "Runnin'," with a happiness that asserts itself throughout the entirety of the song.

Both "Runnin'" and "Surrender" are available from your online music retailer of choice now and can be streamed below. As well, third single "I See A Victory" — which features gospel great Kim Burrell — will be released to iTunes this Friday (October 28th).