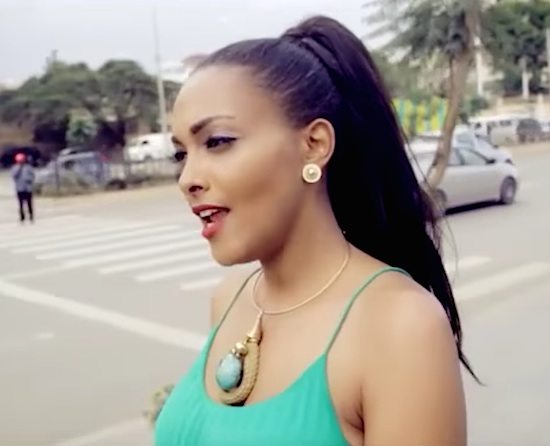 Just as we pack away our sundresses and tank tops, Ethiopian songstress Wayna releases a video that perfectly captures the feeling of summer. In the new video for her song “Amazing,” we accompany her as she struts carefree through the street on a bright and sunny day, gleefully taking in all the beauty that surrounds her. Shot on location in her native land and directed by Elias Wondemu, also known for his work with Ethiopian band Mehari Brothers and singer Fikreaddis Nekatibeb, the video showcases love in everyday ways and is set in the streets of Addis Ababa.

Wayna spent three months living and performing in the city, which served as the perfect backdrop for such a joyful song. “I wanted to capture a day in the life of a young person thriving in Addis -- where they might live or go to unwind, or how they might fall in love. We often see love stories told in the context of cities like New York or Paris,” says Wayna. “This is a testament to the beauty and growth of Addis Ababa, which has its own unique personality.”

“Amazing,” taken from her 2013 album The Expats, is a blissful blend of reggae and neo-soul and captures exactly what if feels like to be young and in love. The track was produced by DC-based beatmaker SlimKat78 and was mixed by multiple GRAMMY award-winning engineer Russell Elevado, who has also worked with D’Angelo and Angelique Kido. Listen to the track below on SoundCloud, and hold onto the feeling summertime just a bit longer.