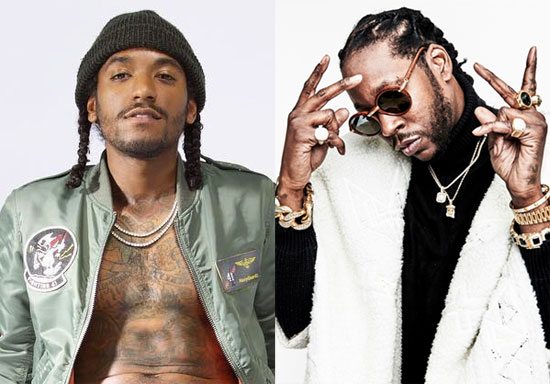 Former Murder Inc. star Lloyd seems to have lucked up on a surprise urban smash with his song, “Tru.” On the track, the Atlanta-by-way-of-New-Orleans singer gives his fans the lowdown on what’s been going down in his world the last few years. Apparently, the singer’s solemn account has touched a few hearts and minds as the song has become a staple of R&B radio with very little promotion. Now rapper 2 Chainz , known for his "True, true..." ad-lib, has blessed the track with a few bars and words of wisdom from his own life.

The remix starts off with 2 Chainz asking listeners to take a good look at themselves in the mirror and see if they’re happy, before going into a sorrowful 16 about his own challenges before he became a rap sensation and the host of GQ’s Most Expensivest Shit. “No such thing as cold feet / How can I speak / I didn’t have heat for a whole week / I boiled the water on the oven to the tub I dumped it / Back and forth to survive / It might seem uncommon," 2 Chainz laments. Lloyd’s contribution to the track remains unchanged, as the singer bares his soul over the J.U.S.T.I.C.E. League’s acoustic production.

In addition to the remix, Lloyd has recently released a music video for the song. In the clip, Lloyd takes an introspective trip through his past, revisiting old haunts, backroads and bitter memories while trying to move forward with his life.

While Lloyd has kept a low profile in the last few years, which are documented in the song, the star is ready to seize the world with two upcoming projects. Up first is his Tru EP due on December 9th, while a full album, Out My Window, will be out sometime next year.