Aaron Camper Wants To Get To ‘Know You Better’ 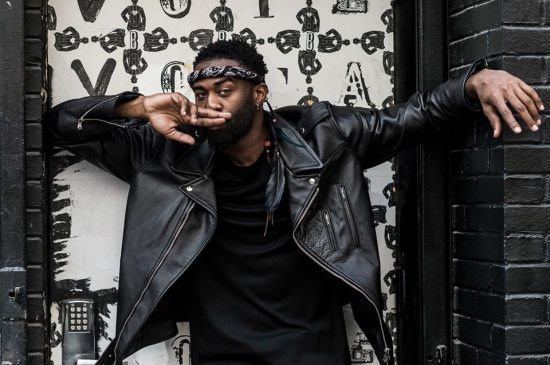 Aaron Camper has been dangling the promise of an album over our heads for quite some time, and now it looks like the talented vocalist will finally deliver when he releases his upcoming project Blow this month. We've already previewed quite a few of the set's songs, including "Guns & Roses," "Sunset" and "Hypnotizing," but Aaron's not done giving us more listens to the project with his latest release, "Know You Better."

Aaron doesn't mince his words on the track, which finds him trying to talk a pretty young thing into getting between his sheets. "Girl, you know what I'm tryna do / Slide you a key to my hotel room / Just tryna get you out them Secrets," he sings at one point. While that's definitely more direct than your average, he does it with a bad boy panache that only he (and his vocals) can pull of. Punctuating this is the slightly schizophrenic beat, which takes a bit of reggae and mixes it with hip-hop and just a hint of trap (plus a slight shout out to Aaliyah at song's end) to create an interesting sound that catches the ear. It's not necessarily what we were expecting from Aaron, but it definitely has us interested in what the album will bring.

Blow is set to arrive in stores in a week on November 17th and is available for pre-order right now. Prepare for its arrival by giving "Know You Better" a spin.


TAGS:  aaliyah, aaron camper, audio
Previous: Morning Soul: It’s Not A Bird, Not A Plane Next: Robert Gee Makes His Intentions Clear In ‘All I Ever Wanted’