Alicia Keys Shares ‘The Gospel’ With Us 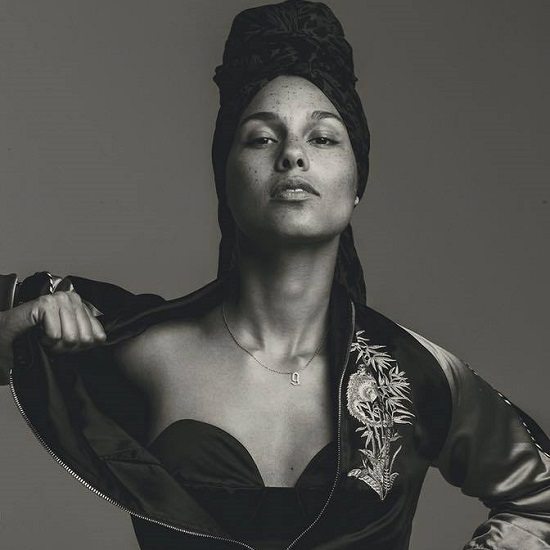 In case you missed all the advertisements and singles or just didn't get the memo, Alicia Keys has an album coming out this Friday. Though her marketing strategy earlier this year was a slow burn, the New York-born singer-songwriter has kicked the campaign for HERE into high gear, dropping singles left and right and even staging a massive performance in Times Square for a BET special. But just in case you want even more Alicia, she's giving it to us with the release of her short film, The Gospel.

The short film, which made its debut at this year's Tribeca Film Festival back in April and is directed by A.V. Rockwell, is a documentary-style look at her hometown, with the sights, sounds and, most important, people of NYC giving viewers an idea of what it's like to live there. We don't see the faces of those who are talking as they all, including Keys, contribute voiceovers. However, the black-and-white film is definitely a lovely tribute and testament to the city. It also gives us even more of a feel of what to expect from her upcoming album, as four of the set's songs are included among the narratives presented.

There is one caveat, though. The Gospel is, for now, a TIDAL exclusive. TIDAL members will be able to watch the film in full below. Others will have to settle for an all-too-short and out of context one-minute preview. Also, if you're thirsty to learn more about HERE, see the full tracklist — which she revealed to fans via DMs — on Facebook. [Editor's Note: The TIDAL exclusive is over! Enjoy The Gospel in full right here.]