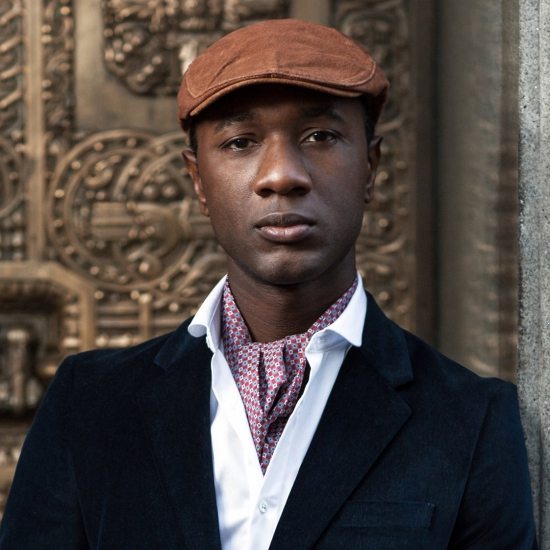 It's been three years since the release of his album Lift Your Spirit and it looks like Aloe Blacc is ready to pop back up on the scene. Of course, he hasn't really been out of the public eye, with his "Candyman" collaboration with electronic producer Zedd for M&Ms surprisingly burning up the charts. But this time around, he's back on the solo tip with the release of his latest single "Real Slow."

Aloe gets straight to the point on the track, spitting a bit of old school game at a potential lover. "Can you keep a secret?," he begins, lamenting our current share everything society. He then lets her know that he's looking to get to know her on a much deeper level than the rest, specifying that he wants to talk about everything from her likes and dislikes to the current state of the world and the epidemic of police brutality. Backing up his want to get to know her is a surprisingly poppy beat built upon a few guitar licks and hard hitting snare that builds and ebbs as needed while picking up heavy 808s and finger snaps along the way. However, while the sentiment and change up in style are welcome, we do wish that Aloe had done a bit more. The lyrics, outside of a few topical items, come off as a bit cliché and the music errs just left of generic — which, when coupled, can make for a pretty boring listening experience.

Still, Aloe rarely disappoints when it comes to his albums, so we're still looking forward to what he has in store around the bend. In the meantime, listen to "Real Slow" and let us know what you think.


TAGS:  aloe blacc, audio, Zedd
Previous: Syleena Johnson’s The Weight Is Over Blog: Make A Plan To Enjoy Some Guilt-Free Holiday Cheer This Christmas Next: Listen Up As Bryan-Michael Cox Sings About His Feelings ‘Verbatim’