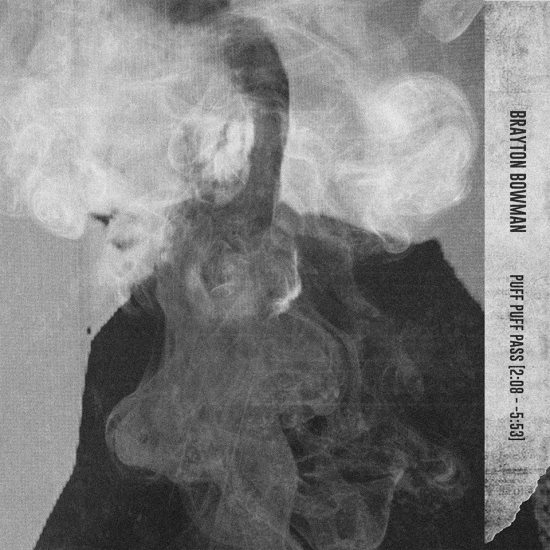 Now that we're smack dab in the middle of holiday season — and with the inevitable presidential transition coming in January — it'd be fair to say that many of us need some time to ease our minds. While many will turn to adult beverages to clear their head, others might look to a more herbal remedy to get their minds right. If you're of the latter, then Brayton Bowman has your soundtrack with his latest single, "Puff Puff Pass."

As the name suggests, "Puff Puff Pass" is all about getting lifted in order to let go of the stress that can be found in everyday life. Laced with upbeat, slightly atmospheric production, Brayton's new joint gets down to business within the first verse. You see, the singer's been in his head as of late, with him singing, "I trip up over nothing / Always down about something / Worried about all the wrong things." However, by the bridge, he puts us on to his instant remedy for when life drives him crazy, suggesting, "Why don't we roll up another? / Tonight get high and discover." The track, which sounds like it could be another creation with Brayton's frequent collaborator MNEK, perfectly walks the line between danceable pop and laid-back R&B, making this an enjoyable listen to either dance, chill or even play while you put one in the air.

While we don't necessarily condone or condemn casual drug use, we can definitely say that this track might give you a contact high. Check out "Puff Puff Pass" below and look for Brayton's upcoming EP, 22 Minutes Later, as well as a video for the track in the near future.