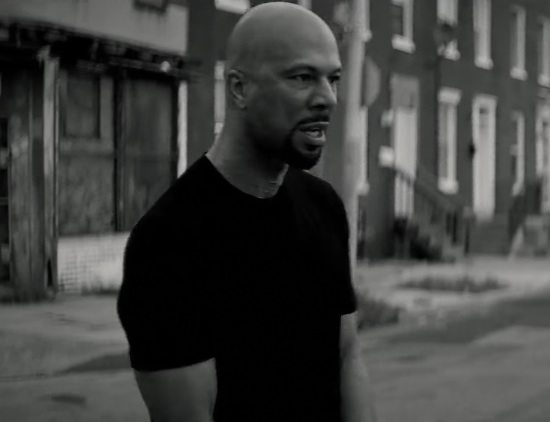 Common's new album, Black America Again, has kept hip-hop heads nodding non-stop since its release this past Friday. Many are calling this one of his strongest albums to date, and it's one of the most relevant to the times we are living in. The album itself is a work of art, and Common is expanding its artistic vision with a collection of short films produced and directed by Black filmmakers.

The first short film is for the title cut "Black America Again." Common once again teams with Selma director Ava DuVernay who serves as executive producer while director Bradford Young is behind the camera. This piece follows the music video that was released back in September, but it tells a totally different story.

Set in Baltimore, the mostly black-and-white film focuses on the citizens and street scenes of Maryland's capital city. Portraits of Black youth, elders and parents with their children bookend the almost 22-minute movie, their faces reflecting indifference, ambivalence and hope. We are soon introduced to a woman dressed in all white, whose back is to the camera as she bellows out a song in front a memorial mural for Freddie Gray, whose questionable death while in police custody led to days of civil unrest in April 2015 in Baltimore. The camera follows her while she walks down the block and through a courtyard, all the while singing and shaking a tambourine.

Random scenes of people and places follow, and Common soon appears onscreen. He's seen standing in the middle of an intersection with local percussionist Jabari Exum. Common spits his "Black America Again" fire while Exum accompanies him on a djembe. Later, we even see Baltimore's own Navasha Daya making a cameo. Stevie Wonder, who contributed his vocals to the song's outro, doesn't make an appearance, but in the context of this visual and with Baltimore as the centerpiece, he isn't necessarily missed.

Soak in Common's striking Black America Again short film and look out for more visuals to come from this album.