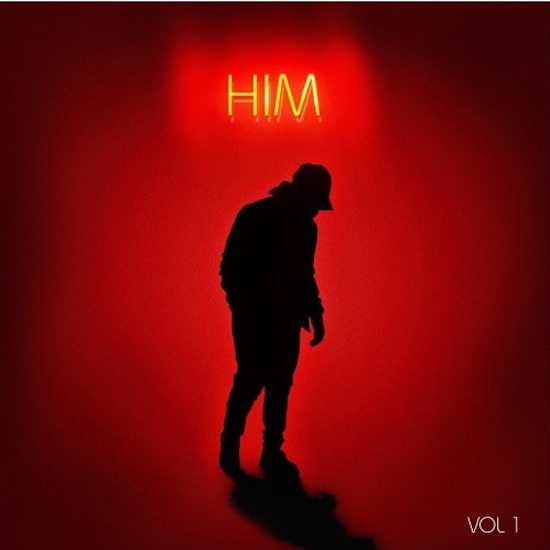 Pronouns seem to be having the best year ever in music. Just this year alone, we've been introduced to the mysterious H.E.R., who released her EP H.E.R. Vol. 1, and SiR, who coincidentally dropped an EP of his own also called HER. Now we can add yet another enigmatic pronoun-named artist to the mix with the introduction of H.I.M. who has appeared out of nowhere with his own similarly titled project, H.I.M. Vol. 1.

Just as with H.E.R., H.I.M. is shrouded in mystery. All that is known is that his project seems to be inspired by H.E.R.'s, right down to the album art and some of the tracks. Whereas H.E.R. has "Losing," her equally-mysterious male counterpart has "Winning" and whereas she wants to "Wait for It," he admits that he's "Impatient" and so on. If you thought that she bore any similarities with trap-soul's Bryson Tiller, then H.I.M. comes across sounding even moreso like Tiller with his tweaked vocals, stuttering drums and subject matter. While he's not breaking new ground, H.I.M. still manages to hold your attention as he zips through his formal introduction to the music world.

Admittedly, the lack of information makes it just as intriguing as it is frustrating. For all we know, H.I.M. could be an already-established artist trying for a new style or he could even be directly-affiliated with H.E.R. Ultimately at the moment, though, we are left in the dark about his identity and affiliations. However, the secretiveness means that all we can do is focus on the product, which at the end of the day is pretty good. Will we be hearing more from this young man or ever find out who he really is? We can't begin to speculate on that right now. Instead, we'll just press play, sit back and enjoy what we do have. We just hope that down the line there won't be a  group named T.H.E.M. to pop up because it's getting pretty hard to keep up with all these pronouns and acronyms.


TAGS:  audio, Bryson Tiller, H.E.R., H.I.M., SiR
Previous: Leela James Shows Us How Much She ‘Don’t Want You Back’ Next: ‘Fall In Love’ With GoldLink & Ciscero All Over Again