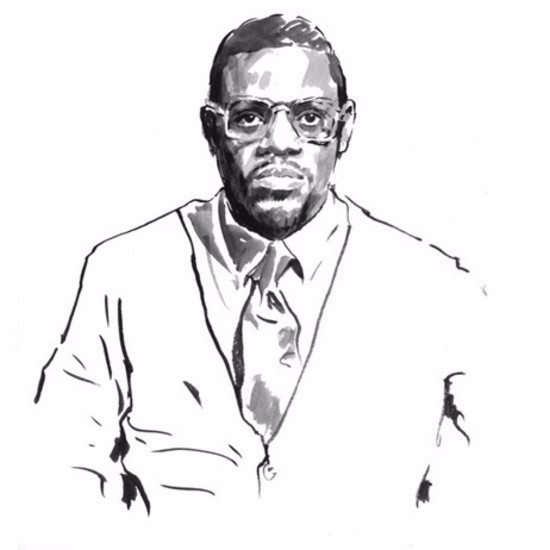 Karriem Riggins is that dude. You know the type, right? A behind-the-scenes maestro, sought-after musician and session player, highly regarded in the music industry but yet relatively unknown by a mainstream audience? Yeah, he's that guy. The production ace and drumming wizard has played a major hand in many of your favorite cuts from Erykah Badu, Esperanza Spalding, The Roots, Talib Kweli, Slum Village and the late beatsmith J Dilla to name a few. Not to mention his work with international stars like Diana Krall, Paul McCartney and Elton John.

Yet as interesting as his career has been, it seems like 2016 blessed him with his highest-profile achievements to date thanks to some noteworthy collaborations. It started with his "30 Hours" contribution to Kanye West's The Life of Pablo, followed soon after by an unforgettable "Bus Ride" on Kaytranada's epic 99.9%. But Common's current masterwork Black America Again is what truly pushed Riggins to break new ground. Credited as the album's sole producer, the project marked his first time producing a full-length record for another artist. In addition to creating magic with musicians like Robert Glasper and Keyon Harrold, it opened the door to work with music legend Stevie Wonder plus landed him a trip to the White House.

How can he possibly top off such an incredible year? By announcing a forthcoming new album of original work and blessing us with a preview, that's how. Karriem recently dropped "Bahia Dreamin'" via his label Stones Throw Records with the following description: "Short, new track from Karriem Riggins. Expect a new full-length...in 2017." The two-minute head-nodder is indeed short -- too short -- but we'll take it! We're loving everything about this: The click-clack of the percussion, the shimmering sprinkle of Rhodes and, of course, the crisp drum machine work. Towards the track's end, the groove morphs into a jazzier slice with a striking bass line, heady jazz drums and smooth keys.

The follow-up for Alone Together will no doubt be a highlight of the new year. But in the meantime, we're perfectly content to live in the present with "Bahia Dreamin'" on repeat. Word on the street is that an edited version of “Bahia Dreamin’” will appear on Benji B's Deviation Volume 1, due out December 16th. In other news, Karriem is currently in Japan gearing up for a few shows with J. Rocc and Guilty Simpson. Let "Bahia Dreamin'" take you on a musical voyage right here, and follow Karriem Riggins on Facebook, Twitter and Instagram for album updates.