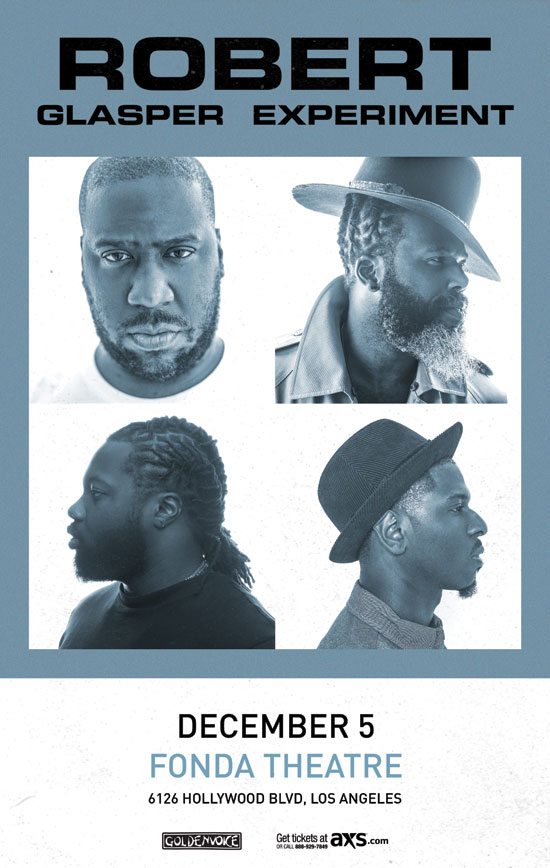 Tickets to see Robert Glasper Experiment in Los Angeles are on sale now and may be purchased from the Fonda Theatre box office or online via AXS. The concert is being presented by Goldenvoice, who have also given us a pair of tickets to give away. If you like for these tickets to be yours, then enter to win them on the next page.