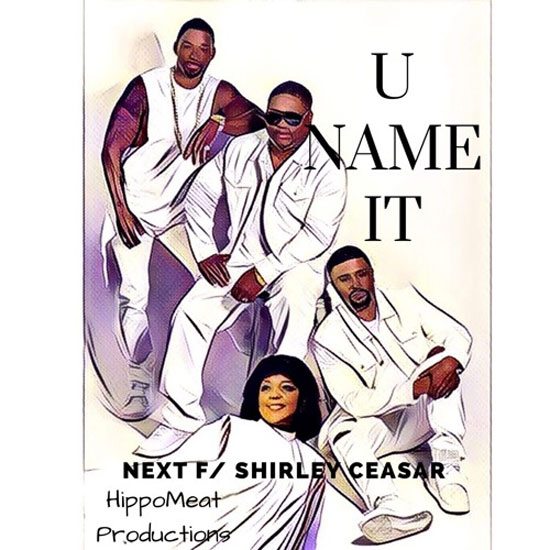 Unless you've been under a rock this month, then you've no doubt seen or heard about the #UNameItChallenge that has catapulted Pastor Shirley Caesar from being a gospel superstar to the "hottest rapper in the game."

What started out as a meme posted by Instagram phenomenon Daquan Gesese has become one of the biggest viral sensations of 2016. Daquan had the bright idea to sample a line from a live performance of Caesar's "Hold My Mule" where she tells a story about all the things that God has blessed an old man's land with -- "I got beans, greens, potatoes, tomatoes, lamb, rams, hogs, dogs, chicken, turkeys, rabbits. You name it!" -- in response to the question "Grandma, what you plan on cooking for Thanksgiving?" The original meme was hilarious on its own, but then a DJ/producer by the name of DJ Suede The Remix God decided to add a trap beat to the song snippet. He passed the remix on to his friend iComplexity who added it to the video clip and that version spread like wildfire across social media. The #UNameItChallenge was born, and everyone and their grandma has since posted their own version of the video -- whether they're singing or dancing to Shirley's now infamous line or syncing up the audio with other footage in the most comical of ways.

R&B group Next have decided to take the #UNameItChallenge a step further and made a quiet storm-ready slow jam out of it with their version of "U Name It." Group members Raphael "Tweet" Brown, Terry "T-Low" Brown and R.L. Huggar settled their years-long beef and reunited this year after their Unsung episode aired in June. This is the first new music to come from the trio since their reunion, and the fellas pick up right where they left off with their soulful harmonies and R&B swagger game tight. They take "U Name It" from the kitchen to the bedroom and turn the fire up higher with the addition of some scandalous lyrics. T-Low invites his lady love to Thanksgiving dinner and asks, "Do you want a little meat right now?" and he's not talking about a slice of turkey. "You give thanks for the way that I be giving it / Gobble gobble don't stop, girl, get into it / And I know you love the taste / Cause you got my gravy all over your face," R.L. later sings and has us clutching our pearls. Pastor Shirley Caesar is credited as a featured artist on the HippoMeat Productions track (and seen on the Prisma-inspired artwork looking like CeCe Winans), but we don't think she'd approve of such filth-flarn-filth from Next.

Nonetheless, we gotta give it up to the fellas for their creativity and for coming back with a bang. (Pun intended.) Next's "U Name It" slow jammy jam surely won't be the last that we hear from the #UNameItChallenge, which is showing no signs of slowing down as Thanksgiving rolls up on us. This isn't the last that we'll hear from Next either, who are working on their comeback album, Next Rated. The new project is slated for release in 2017 as they celebrate the 20th anniversary of their debut album, Rated Next.

Pastor Shirley Caesar isn't sitting idly by either and is making sure to get a piece of the pie that she baked with a website where she's selling #UNameIt merchandise with proceeds going towards feeding families in need. That's a challenge we can definitely support.

While we wait for turkey day, slip into something sexy (maybe a #UNameIt apron and nothing else?) and let Next serve you up some good loving.