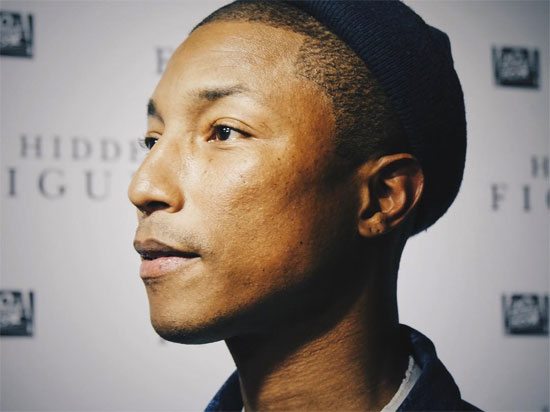 We still have a few weeks to wait until the feature film Hidden Figures hits theatres -- and even then it will only be a limited release on Christmas Day before its official wide release on January 6, 2017. Something we don't have to wait as long for is the movie's soundtrack, however, when Hidden Figures: The Album drops on December 9th. Produced by Pharrell Williams and featuring new music from Lalah Hathaway, Kim Burrell, Alicia Keys, Mary J. Blige and one of the film's stars, Janelle Monáe, we already know that we'll be treating ourselves to this early Christmas present. Pharrell is helping to seal the deal with his new single from the soundtrack, "Crave."

Williams serves as both producer and performer on this passion project that accompanies the untold story about the brilliant black women who worked at NASA and were instrumental in the successful launch of astronaut John Glenn into orbit in 1962. Such an amazing story deserves a hot soundtrack, and it sounds like we're getting one based on what we've heard thus far. "Crave" is just the latest feel-good groove that finds Pharrell singing about his love jones for a pretty young thing even though she shoots him down like a machine gun. Williams is craving like a fiend for her over hand claps, background harmonies and a killer horn section. "Crave" sounds straight outta the 1960s and stays true to the movie's time period.

Jam along with Pharrell's "Crave" and take a peek at the Hidden Figures soundtrack tracklist below. Pre-order Hidden Figures: The Album right now from Amazon, iTunes or Google Play.