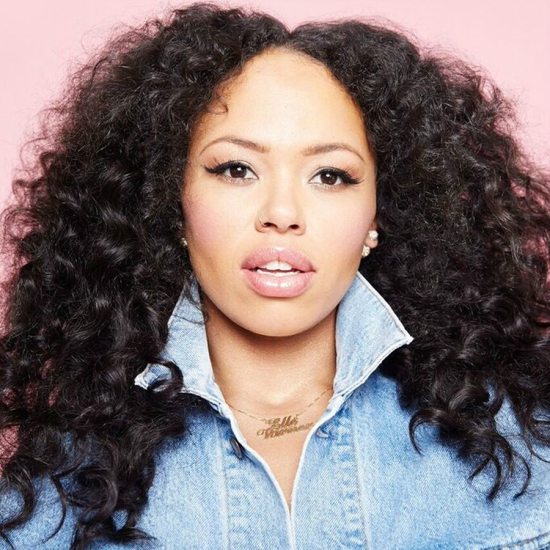 Elle Varner, Elle Varner...where for art thou, Elle Varner? The Perfectly Imperfect singer/songwriter filled our ears with promises of her sophomore album Four Letter Word — even releasing a string of singles and videos, like "Don't Wanna Dance" and "Cold Case" — before ultimately disappearing in a cloud of smoke with no album in sight. While we're pretty sure her album more than likely fell victim to Industry Rule #4080, we definitely are missing her bubbly attitude and unique sound. Thankfully, her frequent collaborator Salaam Remi is giving us our Elle fix with the newly unearthed "Friend Zone" as part of his "Do It For The Culture" campaign.

For the song, Salaam created a soundbed combining familiar classic hip-hop songs, leading off with the same Art Blakey and The Jazz Messengers sample that is the foundation of A Tribe Called Quest's "Excursions" and later mixing it with Whodini's classic "Friends" and a bit of piano for melodic measure. It's the perfect base for Elle, who uses the song to tell the woeful story of a guy she's permanently placed in the dreaded friend zone. "Never gonna get my love / But you can come over as much as you want to / Never gonna give you some / 'Cuz you're in the friend zone," she teases, much to that poor fella's chagrin. While we feel for the song's subject, we can't help but nod our heads to the groove Salaam Remi crafted.

It's not clear what this track was created for, but honestly, we're just happy to finally be hearing Elle on something new (or at least new to us.) While send a musical smoke signal Ms. Varner's way, check out "Friend Zone" below.