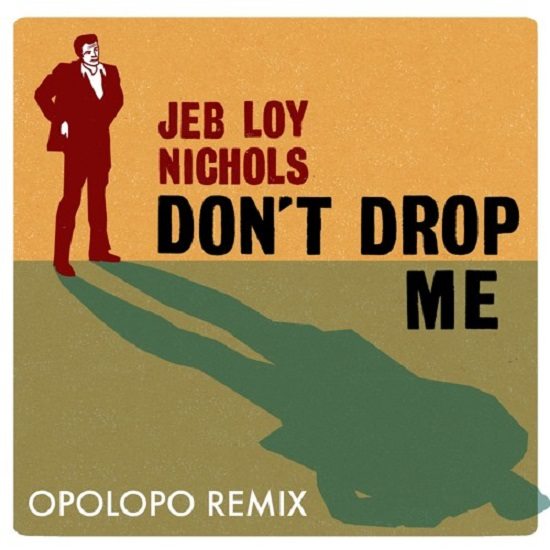 Jeb Loy Nichols isn't your typical musical artist. Having been around since the '80s, the troubadour has bore witness to many musical movements and has been featured on work from a variety of artists, including Groove Armada, DJ Shadow and Nostalgia 77. The genre defier is now gearing up to release his latest album, The Country Hustle, and he's further blurring the lines by mixing country, jazz, soul, blues and even a dash of funk. To whet our appetites for what's to come, he's tapped producer extraordinaire Opolopo to bring a soulful house spin to his single "Don't Drop Me" and we here at SoulBounce are proud to bring you the remix's premiere.

Opolopo starts the track strong with an arrangement of drums and hi-hat that gets your heart racing before adding in soulful synth chords and a strong bass line. The groove continues to build, with flourishes like strings and guitar licks building until we finally hear Jeb's voice. His slightly raspy delivery, complete with a slight country twang, fits the groove perfectly, riding along with the track's rhythm as he makes his case that, though he's slightly damaged, he should be held on to. And after Jeb has said his piece, Opolopo takes over, adding refreshing piano into the mix before letting the rhythm ride out in an effort to keep the groove going for as long as possible (and please believe, we doubt you'll want it to end).

Jeb Loy Nichols' The Country Hustle is available for pre-order now via his website. Give the scorching hot Opolopo remix of "Don't Drop Me" a spin below.