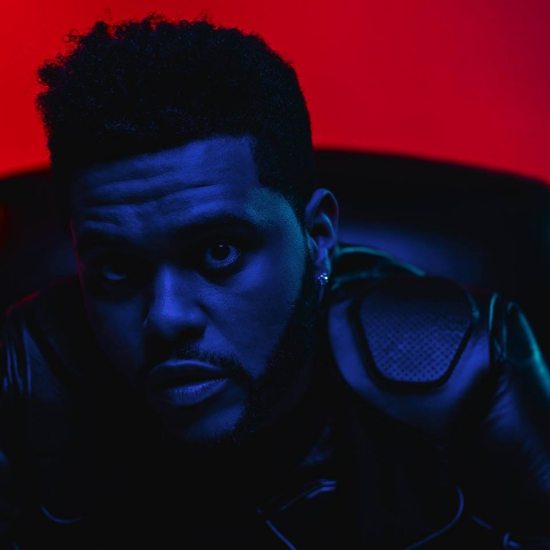 The Weeknd changed some things up with the announcement of his upcoming Starboy. Besides the obvious haircut, his sound underwent a shift as he tried out a few sounds we haven't heard from him, including the ambient sound of the Daft Punk-produced title track and the punk rock leanings of second single "False Alarm." Now, with a week to go before Starboy's release, the Canadian artist drops two more tracks to whet our appetites for the full album.

First up is "Party Monster," a slightly cinematic track about one helluva night. It starts with Weeknd pregaming and then hitting up the club, where a fly young thing is working the pole. From there, the wild night continues, with him and the wild child ending up in bed. The next morning, though, the drinks and most-likely drugs have left him forgetful and he doesn't even remember the girl's name. Cold world.  Soundtracking the entire story is a wobbly, bass-heavy beat filled with synth string stabs and distorted vocals that fit within the dark soundscape we've heard from the album thus far.

"I Feel It Coming," however, is a sharp departure from all of that. Weeknd teams up with Daft Punk once again for the sunny, happy-go-lucky love jam that really shows just how much Michael Jackson influenced the artist. Warm chords and bass imbue the song with a with a sense of joy as The Weeknd sings about the first rushes of love blossoming between two people. "You've been scared of love and what it did to you," he sings to his skeptical lover. "You don't have to run, I know what you've been through / Just a simple touch and it can set you free / We don't have to rush when you're alone with me." Balancing out the softer side of Abel are the robotic backing vocals of Daft Punk, reminding us that this isn't a Thriller album cut (though at times it definitely feels like it could be).

Check out both tracks right here via Spotify and stick around for the Starboy's full tracklist. Look for Starboy to drop next Friday, November 25th.