Busta Rhymes And Swizz Beatz Got Us Open & Saying ‘AAAHHH!!!’ 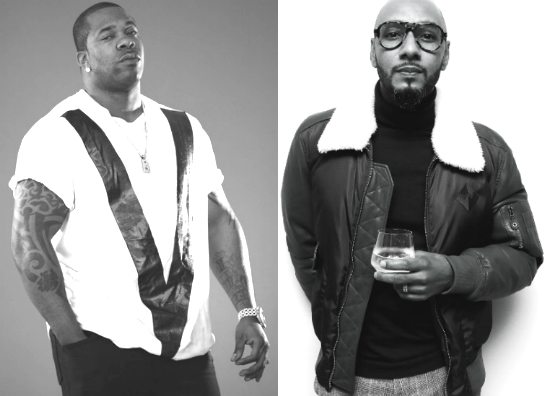 Move your furniture, stretch and hydrate then listen to the new joint from iconic rapper Busta Rhymes and hit-maker Swizz Beatz. Last night the duo dropped some hot fiyah with "AAAHHH!!!" that could've easily been a summer scorcher. The single was first heard at the FOX special for Showtime at the Apollo and the two had a grand time previewing the infectious track on Instagram. Today, we finally have it in its entirety and it's an instant banger. "AAAHHH!!!" starts with calm keys that have you anticipating something crazy is about to happen and then it does.

Swizz's signature beat pops in and Busta unleashes his witty rhymes we've grown to love over the past 17 years. "N****s want me to bust-a-rhymes / So ironic it's Busta Rhymes / So iconic / n****s can't f**k with the kid / You know the logic / Bounce, dookie, s**t move before we make you the topic / I'm sh***ing on n*****s the way I need a colonic," he raps. Swizz assists on the chorus, instructing you to "Clap on" and "Clap off" as the beat drops.

Busta has been using all of his rowdy energy to stay busy. He recently added his talents to A Tribe Called Quest's We got it from Here… Thank You 4 Your service and The Hamilton Mixtape. He is also currently working on his follow up to 2012's Year of the Dragon and showing up on a TV screen near you with Tribe to perform with the group and pay tribute to lost member Phife Dawg. Swizz is getting his business on, recently partnering with Bacardi to launch a DJ simulator called InstaDJ on Instagram Story.

Like we advised earlier, properly stretch, hydrate, then press play on "AAAHHH!!!" and get ready for Busta and Swizz to get you hype with their latest track.