KING Show What Relationships Are Like ‘In The Meantime’ 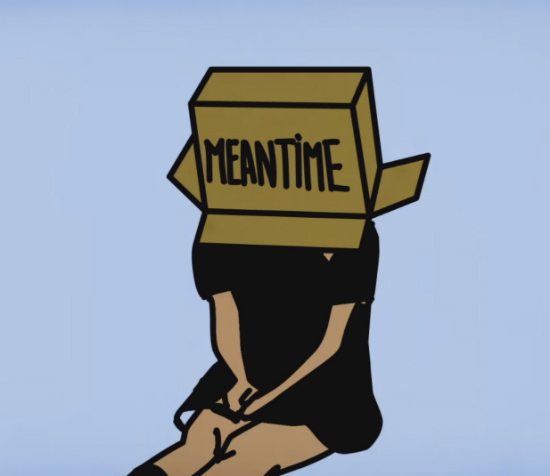 The trio KING are the gift that keeps on giving, and the gifted ladies are closing out the year by giving fans a new music video. Anita Bias, Amber Strother and Paris Strother just released an animated short for their single "In the Meantime." Enlisting the help of French artist David Devaux, they beautifully interpret, "the everyday in-betweens of relationships and the feelings involved with heading into the unknown," they so artfully describe on their YouTube page. With a captivating color palette, the characters in the video morph into different scenarios, from waking from a lonely slumber, to embracing a partner and back to loneliness again accompanied by tears and sleepless nights. The video showcases what everyone across the universe goes through with different perspectives making the video as real as KING's lyrics.

If you're a true KING fan, you heard the single back in 2013, while we were patiently waiting for their debut album, We Are KING, to come to fruition. The album finally arrived at the top of 2016 and right on time since it managed to snag a 2017 GRAMMY nod. We Are KING is up for Best Urban Contemporary Album and they go up against Anderson .Paak, Beyoncé, Rihanna and Gallant. The group also just wrapped their 2016 world tour and have one last performance on New Year's Eve in Minneapolis. Be sure to get your ticket to catch the harmonizing beauties live. Trust us, you won't regret it. Until then, watch the their latest video below for "In the Meantime" and if you haven't already purchased your copy of We Are KING, you can cop it right now on iTunes.