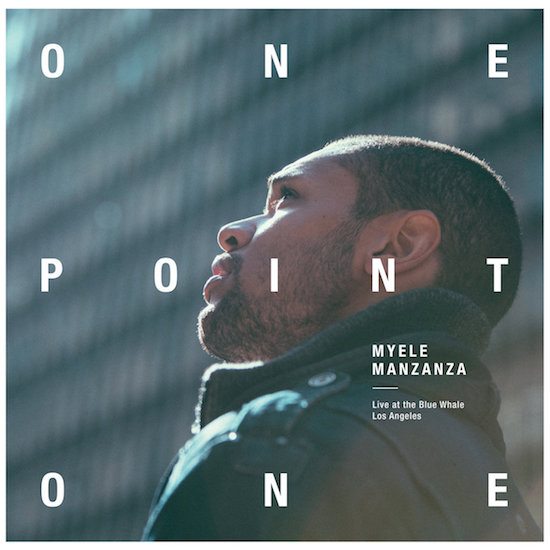 There's something to be said for albums that are recorded live. They always possess a certain richness and warmth that is difficult to replicate when everything is recorded separately. If you need an example of what we're talking about, then look no further than the latest offering from New Zealand's Myele Manzanza, OnePointOne.

Manzanza, who is the son of famed Congolese percussionist Sam Manzanza, first gained attention as the drummer in Electric Wire Hustle until parting ways with the band in 2013. Recorded live at Los Angeles' famed Blue Whale, OnePointOne features covers of songs by Theo Parrish, Jill Scott and Bobby Hutcherson in addition to live versions of songs from One, Manzanza's impressive solo debut. Considering he wouldn't be able to pull off this feat alone, he gets some help Mark de Clive-Lowe, Nia Andrews, Ben Shepherd, Charlie K and the Quartetto Fantastico string quartet under the leadership of Miguel Atwood-Ferguson.

The result is a lively set that transports listeners to the smoky vibe of a classic jazz club. The beauty in this entire recording is that though polished, it still maintains the organic and improvisational feel of a live concert performance, like on "Circumstances," where cheers, whistles and applause can be heard throughout Manzanza's drum solo or on "Jeremy Sole Interlude." Meanwhile, Andrews' updated take on Scott's "A Long Walk" provides a fun and spirited reprieve in the midst of the album's more traditional jazz slant.

OnePointOne was released on First Word Records and is available on Bandcamp and iTunes.