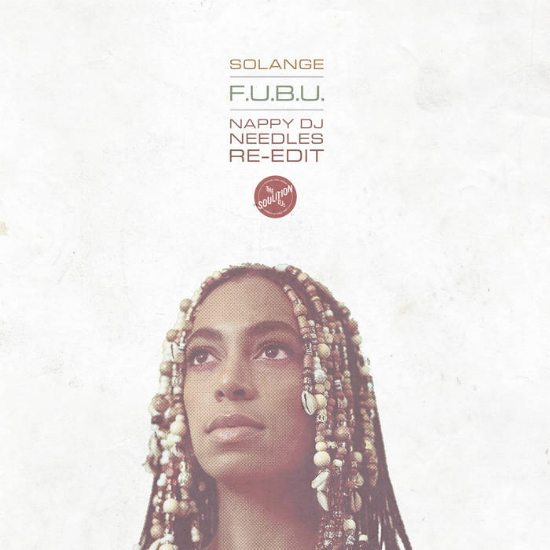 Solange’s critically-acclaimed album, A Seat at the Table, continues to get not only spins, but remixes, edits and reinterpretations, too. Casamena put his magic touch on “Junie,” while every other rapper from Common to Rick Ross has dropped bars on “Cranes in the Sky,” not to mention Kaytranada’s own refix of the track. Now it’s time for “F.U.B.U.” to get some love. Featuring The-Dream and BJ The Chicago Kid, the poetic Black power anthem was one of the standout tracks on the album that fans naturally gravitated towards, as the sparse piano keys and horns, along with bass guitar, created a hypnotic mid-tempo groove. Of course, while a DJ could have left well enough alone and let this funky yet laid-back joint rest on its laurels, St. Louis' Nappy DJ Needles decided to put just a little more bump on the track with his "F.U.B.U." re-edit.

According to the master of the boards, he added the following to the track: “That all-important rhythmic motivational ‘HEY’ plus spare drum-break used from Chloe x Halle's 'Drop' for a little more thump to add to Solange's stellar 'ASATT' standout.” The final result is a speaker rattler perfect for coasting four deep with the crew or attempting a severe body roll.

Get into the groove of "F.U.B.U. (Nappy DJ Needles Re-Edit) below, and purchase the jamming little number on his Bandcamp page.