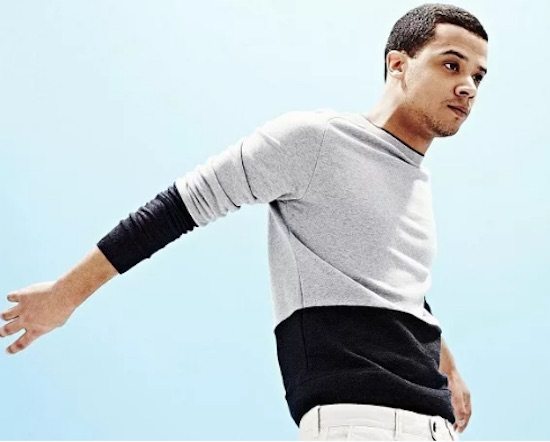 We are in the midst of cuffing season and as with each season, there always is the chance that someone will catch feelings. If you're lucky enough, those feelings will be reciprocated and that cuffing season fling can morph into longtime love. Actor/singer Raleigh Ritchie has crafted the perfect song to capture that heady, all-consuming feeling of new love with "Unicron Loev."

The single finds Ritchie running through all the ways the object of his affection makes him feel. Long story short: he is hooked. She occupies his every thought, almost rendering him immobile when they're apart. He nails that feeling of new love in all its hopeful glory, capturing that moment when you realize that you're all in, whether you like it or not. "When you're around, I see rainbows and stars / I'm hearing sounds, I feel bass in my heart," he sings, listing all the symptoms of puppy love in all its glory. That buoyant feeling is also echoed in the song's bouncy electro/R&B-infused beat. The upbeat bass does a good job of driving the song forward as we hear Ritchie barreling full-speed into the arms of love.

The upbeat single is a slight departure from the brooding vibe of Ritchie's past works like "You Make It Worse" or "Never Better." The change continues to earn the singer accolades, with Vulture naming it one of the "8 Best New Songs of the Week."

"Unicron Loev" is taken from Ritchie's upcoming EP Mind the Gap, which is set to drop December 16th. The new EP is the follow-up to his debut studio album, You're A Man Now, Boy, which was released earlier this year.


TAGS:  audio, Raleigh Ritchie
Previous: De La Soul & Estelle Take A Trip Down The Aisle In ‘Memory Of…(US)’ Next: Morning Soul: We Got Your Henny Chilling On Ice