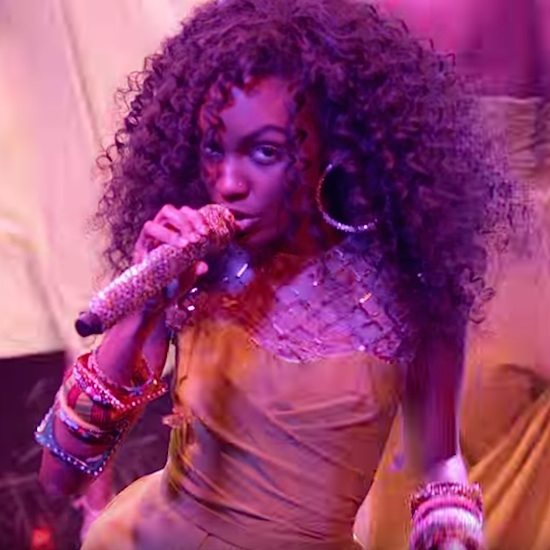 When the hit TV drama Empire first premiered, we were entertained not only by the outrageous plots, but by the equally outlandish original music. However, somewhere around season two, the show’s main characters failed to live up to the promise of the inaugural season. In season three, the best musical moments have been courtesy of the recurring character Teyana, played by actress/singer Serayah. Now, in a plot involving racist fashionistas, smartphone video footage and scaring a little white girl for life, new character Nessa, played by actress/singer Sierra McClain, manages to steal the spotlight away from Teyana and work the runway during a high-profile fashion show, showing off her “Black Girl Magic.”

Over a 1960’s Motown-inspired groove, Nessa celebrates everything Black, beautiful and feminine, proudly proclaiming “I like my eyes and my skin and all within.” Nessa is joined by a few black models who rock the runway along with some lime green and coral outfits and sporting a variety of traditionally African-American hairstyles. We're not sure if they hired Centric's creative director or whoever coordinates the ethnic Cover Girl commercials that play on BET and VH1 during ratchet reality shows, but the clip comes together smoothly and beautifully, showcasing women of color in a way that feels very Black and bold, even for Empire.

While the whole affair gives us Janelle Monáe-light, we’re not going to hate. It’s not a bad song, and in a season bereft of a “Drip Drop” or a “You’re So Beautiful,” we’re happy to see anything this magical happen.


TAGS:  Empire, janelle monae, Serayah, Sierra McClain
Previous: BJ The Chicago Kid Introduces Us To ‘Uncle Marvin’ Next: LeToya Luckett Is Ready To Move On & Get ‘Back 2 Life’