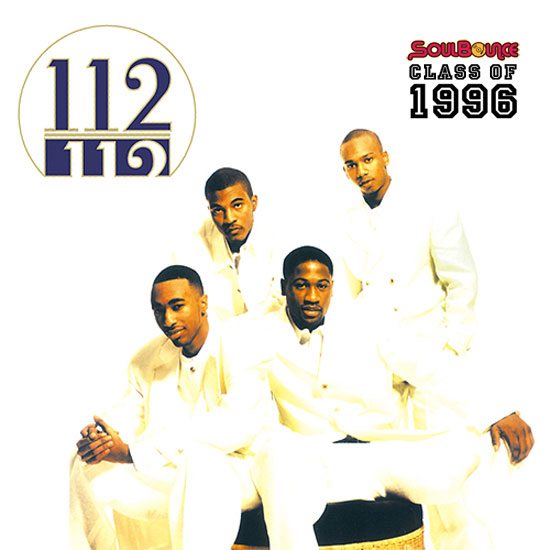 Just three years young, Sean "Puff Daddy" Combs' Bad Boy Records was taking the R&B and hip-hop charts by storm in 1996. After releasing hit albums from the likes of Craig Mack, The Notorious B.I.G., Faith Evans and Total, it was time to get a male R&B group on the roster. Quinnes Parker (Q), Michael Keith (Mike), Marvin Scandrick (Slim) and Daron Jones found a home at Bad Boy and carved out a niche of their own when they dropped their eponymous debut album 112 in 1996. Initially called Forte, the group was re-named after an Atlanta-based club and made a huge splash in the industry and on the charts with their debut album, which included features from labelmates The Notorious B.I.G., Ma$e and Faith.

With 112, the group put their bid in to ride the Bad Boy wave in the name of R&B, and they went straight to the top. The 19-track album was ballad-heavy and produced primarily by Puff Daddy, with contributions from Stevie J, group member Jones, Al B Sure! and Boyz II Men's Wanya Morris. Perhaps by design, Tim Kelley and Bob Robinson also produced the album, giving the group songs that were initially meant for Boyz II Men's second album that Motown Records declined. Three singles were released from 112 — "Only You," "Come See Me" and "Cupid" — with both "Only You" and "Cupid" reaching the Top 10 of the Billboard R&B charts and Top 20 on the Hot 100.

The album eventually went double platinum, entered into the Top 5 on Billboard’s Top R&B Albums chart and went on to sell over two million copies. The perfect introduction to the spotlight, the group steadily rose in the R&B ranks, touring with the likes of Whitney Houston, Janet Jackson, The Isley Brothers, Keith Sweat, New Edition and more. 112 won a GRAMMY in 1997 for Best Rap Performance by a Duo or Group for featuring in the song "I'll Be Missing You" with Puffy and Faith. They also went on to create more albums as a group and individually, providing the perfect R&B soundtrack for the '90s and early '00s. While Puffy tried to recreate another male R&B group years later, no band could ever compare to 112.