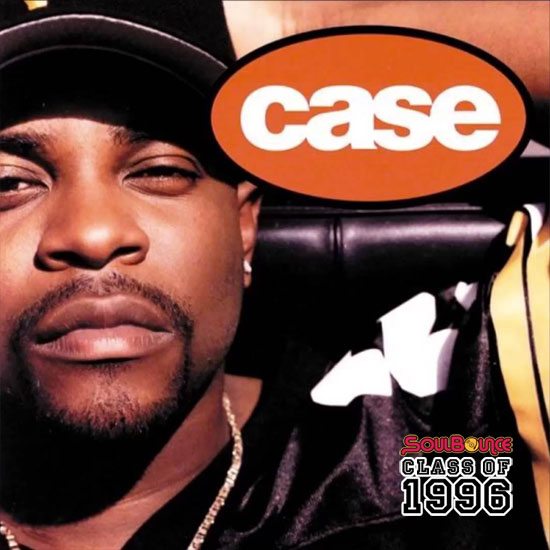 In terms of the merging of hip-hop and R&B, the '90s were the golden years. There was no shortage of releases featuring a singer and MC uniting to create everything from the hottest clubs tunes to the steamiest love songs. In 1996, a newcomer by the name of Case burst onto the scene while managing to do both of the aforementioned types of R&B/hip-hop combos with his debut self-titled album. Although he initially started out as a member of two different R&B groups, Case didn't garner success until the release of his solo single "Touch Me, Tease Me," which featured singer Mary J. Blige on background vocals and rapper Foxy Brown in what would become one of her most memorable guest spots. Featured on The Nutty Professor Soundtrack, the single spent much of the summer of 1996 on the Billboard charts, climbing to the No. 4 and No. 14 spots on the R&B and Hot 100, respectively. It seemed that we just couldn't get enough of the Kenny "K-Smoove" Kornegay and Darrel Young-produced single eventually propelling it to RIAA-certified Gold status and earning it the 63rd spot on Billboard's Year-End Hot 100 singles list

The success of "Touch Me, Tease Me" would provide the perfect launching pad for Case, which dropped in August 1996 and continued to blur the lines between R&B and hip-hop. Although the album's three singles, including "More to Love" and "I Gotcha" were all edgy, mid- to up-tempo dance tracks, Case would reveal a singer steeped in pure balladry on "Crazy" and "What's Wrong?" Largely produced by Kornegay and Young, the album got an extra push from Blige, who assisted in penning four of its 14 tracks. The formula proved magic with the album going on to peak at No. 7 on the Top R&B Albums chart, in addition to No. 42 on the Billboard 200.

Although Case could be considered a minor success in comparison to Case's next two certified Gold albums, 1999's Personal Conversation and 2001's Open Letter, the impact it had on music listeners is immeasurable. To this day, "Touch Me, Tease Me" remains a mainstay on contemporary R&B radio and still maintains the ability to send the 35-and-over crowd heading straight to the dance floor.