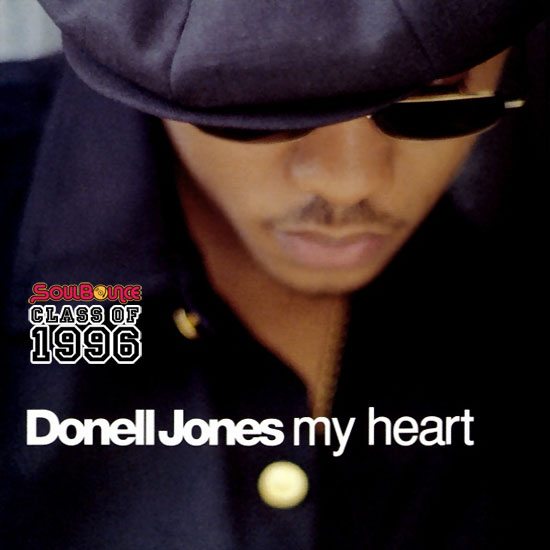 With velvety vocals and his smooth and effortless style, Donell Jones sauntered onto the mainstream R&B scene in 1996. His debut album My Heart introduced listeners to his cool Chicago swag. Before he was known as a crooner, however, he was a songwriter and producer. He was originally in R&B group Porché but later turned to the studio after the group dissolved. He honed his skills and wrote songs for the R&B group Jade and co-wrote Usher's "Think Of You." He then signed on with LaFace Records under Untouchables Entertainment and self-produced the majority of his debut album.

From My Heart, Donell released three singles: "In the Hood," his amazing cover of Stevie Wonder's "Knocks Me Off My Feet" and "You Should Know." The 16-track album was a solid solo effort, each single offering classic R&B and unique instrumentals that easily kept the album on repeat. What he earned from his release was respect and as time moved on, the best was yet to come for Mr Jones.

Donell officially blew up a few years after his debut album. In 1999, he released his second album, Where I Wanna Be and established himself as a hitmaker. The album was laced with hits such as the title track, "U Know What's Up" (which featured a notorious cameo from TLC's Lisa "Left-Eye" Lopes) and "Shorty Got Her Eyes on Me." Since then, he achieved moderate success, overcame alcoholism and was featured on TV One's Unsung earlier this year. While fans await the follow-up to his last album, 2013's Forever, Donell Jones holds a special spot in our hearts with his beautiful ballads and classic R&B hits that still keep us grooving.