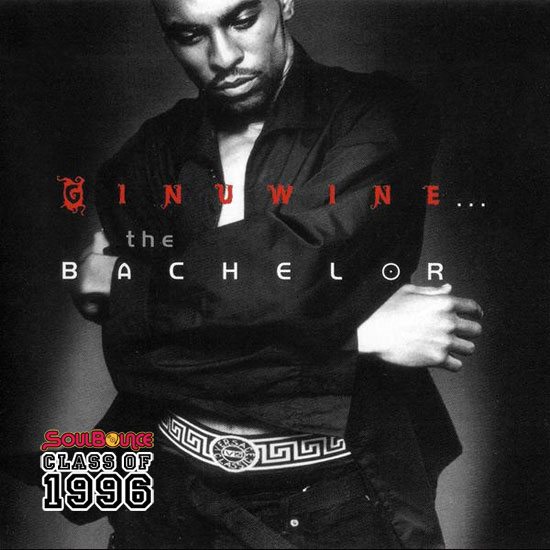 1996 was a big year for R&B. With new artists like Case, Donell Jones and Eric Benét dominating the charts, it was hard to see extra room for another male solo artist to squeeze in. However, Elgin Baylor Lumpkin, better known by his stage name Ginuwine, had enough on his side to slide on through. The singer/dancer/actor kicked off his career with a great team of creatives behind him. He started as a member of Swing Mob — the record label and music compound founded by Jodeci's DeVante Swing. It was there that he met some good folks who would become his long-time collaborators: rapper Missy Elliott, singer-songwriter Stephen "Static Major" Garrett and producer Timbaland. Once it was time to release his debut album Ginuwine...the Bachelor, it was pretty obvious the album would have stellar production.

Ginuwine...the Bachelor featured a whopping six singles. Lead single "Pony" showcased the Washington, D.C. native's powerful vocals and seductive songwriting (not to mention his dancing skills in the video). The song topped Billboard's Hot R&B Singles chart and peaked at No. 6 on the Hot 100 in 1996 and enjoyed a second wind in 2012 when it was featured in the male exotic dancer flick Magic Mike (and again in 2015 in the sequel Magic Mike XXL). Subsequent singles included sexy grooves "Tell Me Do You Wanna," "I'll Do Anything"/"I'm Sorry" and a bold cover of Prince's "When Doves Cry," which didn't match the original but proved that Ginuwine wasn't afraid to shoot his musical shot. As a whole, the album showcased Ginuwine's talent and risk-taking. He wasn't afraid of getting a little raunchy, but he balanced it out with funky R&B and hip-hop laced production.

Ginuwine's debut peaked at No. 26 on the Billboard 200 and reached the 14th spot on the Top R&B Albums chart. Ginuwine...the Bachelor was certified gold by January 1997 and double platinum by March 1999. Since the '90s, Ginuwine released multi-platinum and platinum-selling albums and singles, becoming an R&B artist at the top of everyone's list in the late '90s and early '00s. Years later, he has managed to maintain his career, still touring and even joining forces with fellow R&B crooners Tyrese and Tank to form the highly successful (and drama-filled) trio TGT. The divorced father still has women around the world wanting to call him daddy when he busts a sexy move and sings his sensuous hits. Ginuwine is said to have reunited with Timbaland to complete his next solo album, Same Ol' G...the Bachelor, allegedly due in 2017.