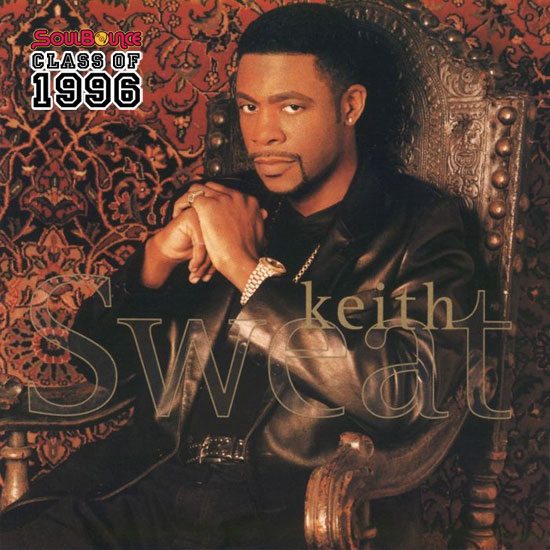 His vocal stylings might have been the target of jokes from a comedian or five, but by 1996 Keith Sweat had established himself as a consistent presence on urban radio and the R&B charts in the almost-decade since his 1987 debut. Sweat's fifth studio album would continue the trend and even register crossover success for the singer. Choosing to make this album a self-titled collection, Keith Sweat yielded four singles, two of which — "Twisted" and "Nobody" — became the biggest songs of his career.

"Twisted" served as the lead single and featured his girl group Kut Klose on background vocals and a verse from rapper Pretty Russ. The song found Keith lamenting over an indecisive lover who's got him wrapped around her finger over a synth-heavy groove and melodic harmonies that made the song sound downright carefree and breezy. Released in early June (a few weeks prior to the album), "Twisted" became one of the songs of the summer of '96, skyrocketing to No. 1 on Billboard's Hot R&B Singles chart and No. 2 on the Hot 100. A remix that utilized a sample of Marvin Gaye's "Sexual Healing" gave the song more longevity and surely helped it to go platinum. "Nobody," a slinky duet with Kut Klose's Athena Cage, would enjoy similar platinum success, hitting No. 1 on Hot R&B Singles and peaking at No. 3 on the Hot 100.

Aside from the two platinum hits, Keith Sweat pulled in a few soul brothers for cameos. Gerald Levert and Aaron Hall guested on "Funky Dope Lovin'" while Ronald Isley gave his Mr. Biggs character a rest to join Sweat as himself on the single "Come With Me." Awesome album cuts "Whatever You Want" and "In The Mood" could have easily been singles well into the following year, but Keith was already onto the next by 1997 with the LSG collaboration with Gerald Levert and Johnny Gill. Since that time, Keith Sweat has gone on to release seven more solo albums (most recently this year's Dress To Impress), continued to tour extensively and will begin a Las Vegas residency in early 2017.