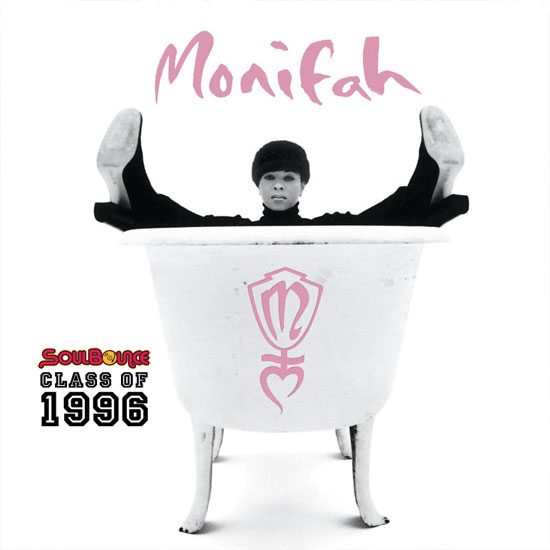 After the success of Mary J. Blige, the Queen of Hip Hop Soul, the '90s were filled with a string of singers who would follow the same formula for success. Powerhouse singer and reality-star Monifah would fall squarely in this vein for better or worse. Discovered by Heavy D, Monifah Carter was signed to the same label as Mary, Uptown Records, shared a similar logo and her production sounded suspiciously like Mary's What’s The 411 Remix album. And, if we're being honest, it was a sound that Mary had already started switching up on her second album, My Life. However, Monifah’s debut album, Moods...Moments is still worth a listen, full of soaring ballads about heartbreak and hip-hop influenced jams. One listen to Monifah's voice proves why the songstress caught Heavy D's ear and nearly made her a household name.

Most people remember Monifah as that girl who sang “I Miss You (Come Back Home),” a certified R&B hit which featured Heavy D. While “I Miss You” is the most memorable track, the biggest hit on the project was the ballad “You,” a Mary J. Blige-esque ‘90s hip-hop track which reached No. 32 on the Billboard Hot 100. Then there’s the old school “You Don’t Have To Love Me,” where Monifah uses gospel runs to tell a former flame they can get the hell on. In addition to these singles, the song “Nobody’s Body,” which was featured on the To Wong Foo, Thanks for Everything! Julie Newmar soundtrack would also find minor success. Then there's the bedroom jam "Lay With You," an under appreciated bedroom jam that should be on someone's GTD playlist.

Moods…Moments would reached No. 42 on the Billboard 200 and No. 6 on the U.S. R&B Charts. It would also be Monifah’s best performing album. While, for various reasons, Monifah wouldn’t reach the same heights of celebrity as her peers, it takes nothing away from her solid debut.