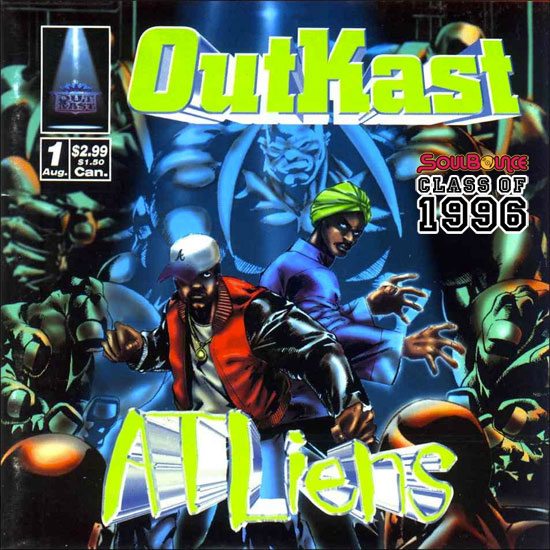 If Southernplayalisticadillacmuzik symbolized OutKast's adolescent years, then their sophomore album, ATLiens, served as notice to the world that Andre 3000 and Big Boi were all grown up. At a time when the "if it ain't broke don't fix it" mentality reigned supreme in the music biz, the Atlanta duo boldly stepped out with an entirely new vibe, a move which would provide the perfect setup for what would become one of the most influential groups in music history.

The album's first single "Elevators (Me and You)" provided the first inkling that 'Kast wasn't about to release a Southernplayalisticadillacmuzik Part II. Whereas their first album centered mostly on the pimp image that preoccupied so many Southern male teens at the time, "Elevators" introduced audiences to a more somber and reflective sound for the duo. Lyrics that had previously boasted about their affinity for strippers were traded in for more enlightened ones that praised women for more than their bodies. Their newly acquired maturity set the tone for the entire album, as Big Boi and Andre pondered existential subject matter, mortality and a deeper sense of consciousness. Nowhere is this more evident than on the album's closing track "13th Floor/Growing Old" where the two tackled the prospect of growing older and leaving their mark on the world. It was almost as if the responsibility of suddenly being thrust into the spotlight and getting virtually crowned as the Kings of Southern Hip-Hop forced them to step back, reflect and grow up. Follow-up singles "ATLiens" and "Jazzy Belle" would stay in line with this suddenly woke OutKast, which only served to further establish Big Boi and Andre as gamechangers in the music game.

The album's title was a portmanteau of "Atlanta" and "aliens," which reflected their shift in sound to a more otherworldly experience. Though the critically-acclaimed album would eventually be certified double platinum by the RIAA, the shift did initially alienate some of their more hardened fans (a fact that they would later acknowledge on 1998's Aquemini). Detractors aside, the album marked a groundbreaking shift for the pair, and a highly successful one at that. In addition to the RIAA certification, the album reached the top spot on the Top R&B Albums chart and climbed to No. 2 on the Billboard 200 chart.

It also marked the first time that they had taken full control of their sound, forming a production group with Mr. DJ known as Earthone Ideas. Though Organized Noize still produced the majority of the album, Earthtone would produce six of the 15 tracks. Fans were also introduced to an ever-evolving Andre, who had abandoned his cornrows and baseball jerseys for turbans and a vegan lifestyle. In all honestly, we could probably write a book on all the ways in which ATLiens changed the game for hip-hop as a whole. Instead, we'll just direct you to revisit this musical awakening on your own. 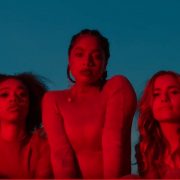