SoulBounce’s Class Of 1996: Prince ‘Music From The Motion Picture Girl 6’ 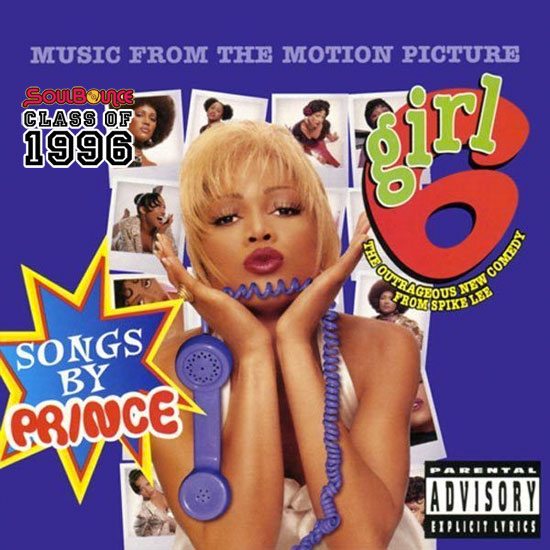 During the ‘90s, filmmaker Spike Lee liked to use just one artist for the soundtracks to his films. This can be seen on Jungle Fever soundtrack, which was primarily done by Stevie Wonder, and on the He Got Game soundtrack with songs by Public Enemy. For his 1996 flick, Girl 6, a dark comedy about a down and out actress turned phone sex operator starring Theresa Randle, Jenifer Lewis and a number of notable cameos, he needed an artist who could give us sexy on multiple levels. Who better than Prince? The Artist was already known for creating classic soundtracks for his own movies, as well as the Batman soundtrack. And for a movie about a sex phone operator, it was a no-brainer. Oh, and in case you didn’t know, the 6 in Girl 6 is a reference to the Prince-produced girl group, Vanity 6.

Music From The Motion Picture Girl 6 is primarily a Prince Greatest Hits, B-Sides and Rarities album with a theme. Well, maybe that’s not quite fair, as it did feature songs from The New Power Generation, The Family and Vanity that Prince wrote and primarily produced, so maybe it’s more of a Prince showcase. Prince’s catalogue not only fits with the sexual themes of the movie but the vulnerability and nuances of the characters. It’s a Prince playlist writ-large on the silver screen.

Prince fans delighted over hits like “Erotic City” and “Adore,” while also being enamored by rare grooves like an acoustic version of “Pink Cashmere” and surprised by “Don’t Talk 2 Strangers,” a smooth ballad that you may not have put in Prince’s catalogue. The sole single and truly new song, “Girl 6,” by The New Power Generation, is a fun jam that features soundbites from the movie. The lyric, “She keeps her pride in her pocket / Next to the milky way,” sung by Nona Gaye is a loaded statement about not only the main character of the film but also the nature of women in general. The cavalier way that it is sung, which is standard for Prince, somehow makes the sentiment even more endearing.

At the time of its release, Music From The Motion Picture Girl 6 provided Prince fans with access to some non-album cuts and a few greatest hits, helping them shore up their collections. In retrospect, the Girl 6 album is a great yet all too short tribute to the genius of a genius. It takes us on an unexpected journey through Prince’s career before his The Artist Formerly Known As days, giving us a peek not only it his most acclaimed moments but his more personal ones, too. While the film received mixed reviews and could be described as a box office flop, the actual soundtrack is still quite the bomb.