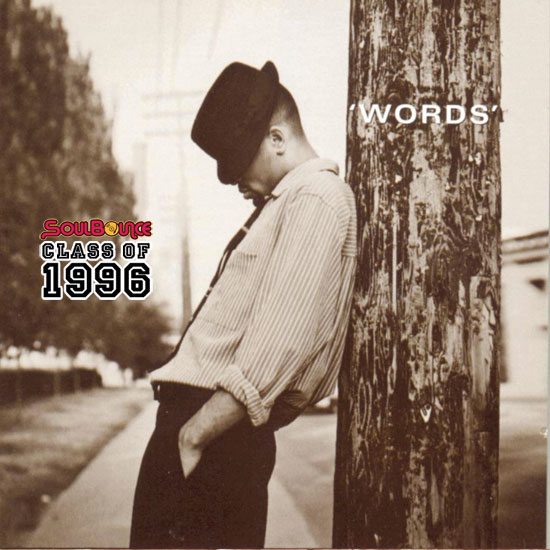 In January 1996, the world was introduced to Tony Rich through his mournful acoustic ballad "Nobody Knows." The song spoke of regret and lost love, but the title almost became reality for the man born Antonio Jeffries Jr. as most listeners initially thought they were listening to Babyface. Thankfully the confusion was short-lived and the multi-talented artist made a name for himself (using the moniker The Tony Rich Project) with his critically-praised debut Words.

Ironically, Rich had quite a few things in common with Babyface. Not only was he a charismatic vocalist, but he also racked up writing, producing and arranging credits for the entire album. Additionally, being that the album was released via LaFace Records – where he cut his teeth as a staff writer penning songs for roster artists like Boyz II Men, TLC and Toni Braxton – he worked very closely with Face's former (music) half Antonio "L.A." Reid who served as executive producer for the project. But Mr. Rich was no copycat, he was the real deal.

"Nobody Knows" made a huge impact around the world, earning platinum status and allowing the Detroit-bred artist to spend almost the entire year (47 weeks to be exact) on the Billboard 100. With such a firm foundation in place, Words was an easy sell. And though the singles that followed ("Like A Woman" and "Leavin'") weren't quite as popular, the album was a solid debut and went on to win a GRAMMY for Best R&B Album. None of his subsequent albums attained the same level of recognition, but he continued to make music and occasionally experiment with his homegrown sound. We haven't heard much since his 2013 output via Hidden Beach, but we suspect this maker of Words still has plenty left to say.