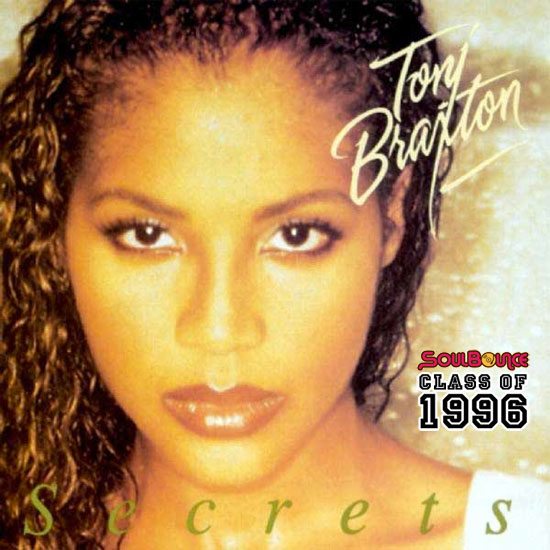 Toni Braxton's self-titled debut album released in 1993 was a runaway success, both commercially and critically. How do you top a multi-platinum album chock full of hit singles and classics? Well, in Toni Braxton's case lightning struck twice and her sophomore album, 1996's Secrets, was an even bigger smash. That was no fluke, however; it was both by design and sheer determination.

The first lady of LaFace Records was being groomed by Kenny "Babyface" Edmonds and Antonio "L.A." Reid to be the next Whitney Houston or Mariah Carey. The potential was surely there. Braxton's blend of bouncy up-tempos and ballads on her debut was R&B at its core, but her songs had crossover appeal. By her second project in 1996, Babyface and L.A. Reid built on that winning formula that they created in-house and enlisted additional songwriters and producers to take Toni to the next level. Bryce Wilson, R. Kelly, Soulshock & Karlin, label mate Tony Rich, David Foster and Diane Warren answered the call and the result was 12 tracks of sheer excellence on Secrets. Lead single "You're Making Me High" got the party started and skyrocketed to No. 1 on Billboard's pop and R&B charts. The hit parade continued with the biggest one of Toni's career stemming from the Warren-penned/Foster-produced song "Un-Break My Heart." Toni took some coaxing to record the lovesick ballad but after 11 weeks atop the Hot 100, being designated platinum in multiple countries and earning her a GRAMMY for Best Female Pop Vocal Performance, it turned out to be the best song she never wanted to sing. A total of four singles were released from the album, but quite honestly she could have released all 12 tracks because they were that good. The buying public agreed, and Secrets is Toni Braxton's highest selling album to date with over 8 million units and counting.

In recent years, Toni Braxton has become more known for being a reality television star alongside her sisters and fabulous mother in their show Braxton Family Values. She hasn't released a solo album since 2010's Pulse, but she has linked back up with Babyface for their Love, Marriage & Divorce duets album that dropped in 2014 with plans for a sequel in 2017. Toni has had some health challenges over the years and struggles with lupus, but she remains positive and continues to share her gift of music whenever and wherever she can.