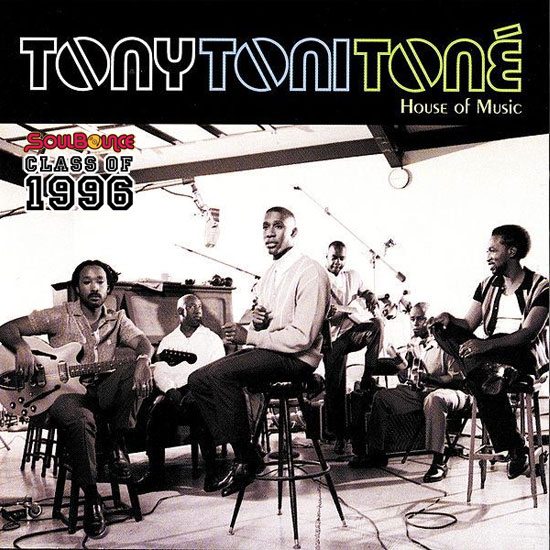 By the time Tony! Toni! Toné! released their fourth studio album, House of Music, in 1996, the Oakland-bred trio had already experienced massive success. After all, their debut album, Who?, had been certified gold; their sophomore album, The Revival, would go platinum; and their third album, Sons of Soul, would be certified double platinum. So it comes as no surprise that their fourth release, House of Music, would continue to establish brothers Raphael Saadiq and Dwayne Wiggins, along with their cousin Timothy Christian Riley, as one of music's most enduring contemporary acts.

After taking the reigns of their creative output by producing their most successful album to date, 1993's Sons of Soul, on their own, Tony! Toni! Toné! led the charge once again on their follow-up two years later. The only song to include outside production would turn out to be the album's lead single, "Let's Get Down," which was co-produced by Saadiq, DJ Quik and G-One and found the guys dipping their toes into the rap realm. The departure proved a successful risk for them as the song quickly found its way to multiple charts, including Billboard's Hot R&B Airplay charts, where it peaked at No. 4.

One of House of Music's strengths was its ability to not take itself too seriously. Frivolously witty songs like "Don't Fall In Love" still were on the receiving end of the same quality production that the band would give to a soaring ballad like the Earth, Wind and Fire-esque "Holy Smokes and Gee Whiz" or "Wild Child." Saadiq, Wiggins and Christian Riley seemed to be at their most cohesive state, producing an album that harkened back to live instrumentation during the recording process. This fact alone makes it all the more interesting that the majority of the album's recordings took place separately, with each member contributing before being meshed together later. While not something normally of note, in hindsight this detail can be seen as a bit of foreshadowing for the group's future. Although it ultimately was certified platinum, House of Music would also serve as Tony! Toni! Toné!'s final album as the original trio. Saadiq would leave the group, leaving Wiggins and Christian Riley to reorganize, with new member Ahmir Khalil taking over Saadiq's vocals during live performances. While it is sad to wonder about what type of musical brilliance might have been if the group had been able to hold together, there is at least some comfort in knowing that they left on a high note.