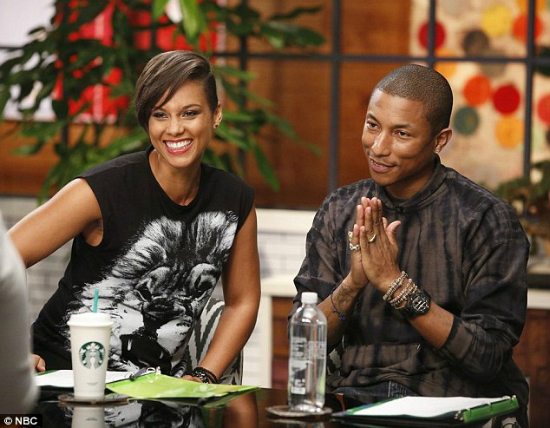 If you want your movie soundtrack to be packed with jams, be sure to tap the unlimited talent of super producer Pharrell Williams. He's lent his magic touch to the Hidden Figures soundtrack, for which he serves as the executive producer, which has us excited to hear each song in the actual movie. He's tapped some of the best female voices to contribute to the soundtrack — a genius move considering the movie celebrates African-American women.  There's Lalah Hathaway ("Surrender"),  Kim Burrell ("I See A Victory"), Mary J. Blige, Janelle Monáe and Alicia Keys, who found the time between recording her new album, starring on The Voice and raising her family to collaborate with Williams on the song "Apple."

On the track, Keys takes us to church over Pharrell's '60s-inspired instrumentals. Invoking soul and gospel, the song will surely lift up and inspire the masses. "This gon' wake you up (woo-woo) / Smell when it hit the flame (woo-woo) / Hurry 'for it burn up (woo-woo) / Cause it won't be the same (woo-woo)," Alicia sings in the chorus.

Hidden Figures tells the untold story of three brilliant African-American women working at NASA — Katherine G. Johnson (Taraji P. Henson), Dorothy Vaughan (Octavia Spencer) and Mary Jackson (Janelle Monáe) —who served as the brains behind one of the greatest operations in history. The movie will be released on Christmas Day but the soundtrack is available now; order Hidden Figures: The Album from Amazon, iTunes or Google Play. Catch a little inspiration when you listen to Pharrell and Alicia's "Apple" below.