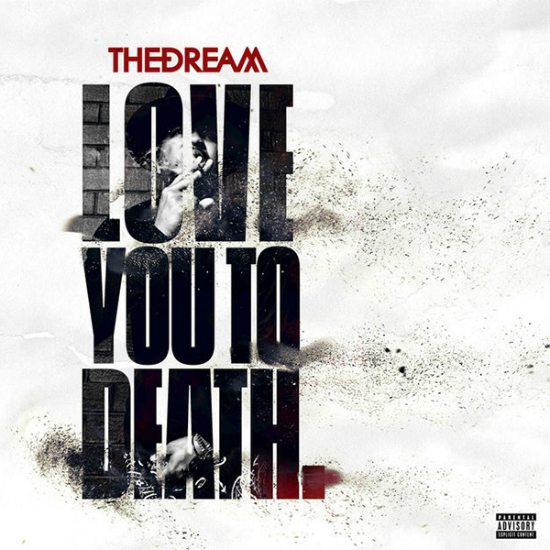 The closer and closer we get to Christmas, the more our favorite singers seem to be coming out of the woodwork with surprise albums and EPs. This week, we’ve got a new treat from The-Dream. The musical maestro has not so quietly contributed to a number of high profile albums, including projects from Beyoncé, Solange, SBTRKT and Kanye West. Now Mr. Terius Nash is making a splash of his own with his five-track EP, Love You To Death. On the surprise project, Nash is giving us an earful of heartbreak with a side of machismo.

On the first track, “Lemon Lean,” the “Single Ladies” writer is giving us his answer to Beyoncé’s recent hit album, Lemonade. “You say the best revenge is your paper / Well I think your best revenge is my human nature,” The-Dream sings, flipping a line from “Formation.” The second track, "College Daze,” seems kind of offensive and manipulative. Here, Mr. Nash is asking his girl to forgive his current transgressions the way he’s forgiven her past, which screams sexist, but at the same time very real. However, on another level, the song articulates how love is a give and take on both parts. While the beat might be a bit too atmospheric, the message is strong.

“Rih-Flex (Ode to Rihanna)” is dedicated to that one bad girl you just can’t leave alone, while on “Madness,” our hero laments his girl leaving him when things got too complicated. The EP ends with “Ferris Wheel,” where The-Dream makes an analogy of a crazy love affair being like a trip to the fair over a bouncy atmospheric house beat. While the concept seems a bit cheesy, our boy makes it work.

While a bit naval gazing, The-Dream’s Love You To Death isn’t without its charms. It’s the confessions of a man who admits his imperfections and hopes his woman will accept him for who he is, even though in his heart he knows it will never work. The material would have fit nicely on Usher’s Hard II Love, with its themes of men who want love but may not quite be ready for it. While this five-song EP is nice and speaks from a vantage point we don't often hear, we do hope The-Dream will vary his subject matter a bit more when his new album, Love Affair, drops next March.