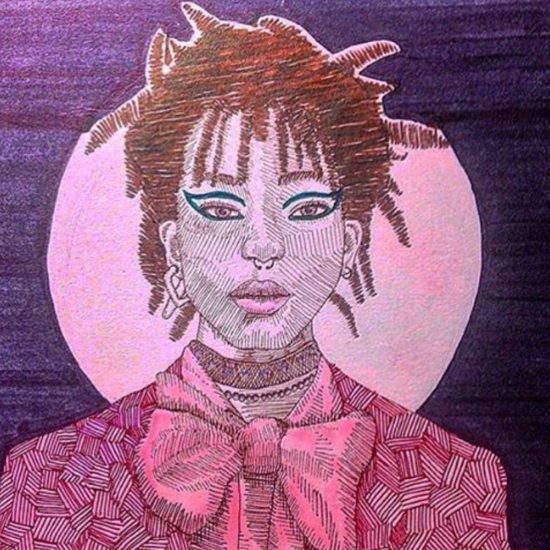 We've come a long way with Willow Smith. We first met her as a precocious youngster flaunting her pride and her tresses with pop smash "Whip My Hair." She's since evolved to an alt-R&B tween and then had an emo phase before becoming a folksy, platitude-spouting soothsayer. Now she seems to be dipping her toes into the alternative waters with her newly released EP Mellifluous.

The youngest Smith continues in the vein of her contemplative post-election song "November 9th" on the set, which consists of introspective, guitar-driven melodies. It opens with "Cave Wall," with Willow calling out the disconnect between our ideals and practices. She continues with "Little Shard," a slightly harsher track which delves into the paranoia that can set in with romantic obsession. She then closes the three-track collection with "Need To Know." Utilizing layered vocals and buzzy guitar to communicate her curiosity and confusion about the world around her, it's probably the best of the set. However, while her lyricism and playing are impressive, what's equally impressive is that each track was also produced by Willow herself. Black girl magic, indeed.

Though we would love to hear more, these three tracks are enough to satisfy us until more arrives. Get into the sounds of Mellifluous when you press play below.


TAGS:  audio, willow smith
Previous: Morning Soul: Would You Catch Me If I Fall For You? Next: BOOMscat Heats Up Yuna & Usher’s ‘Crush’