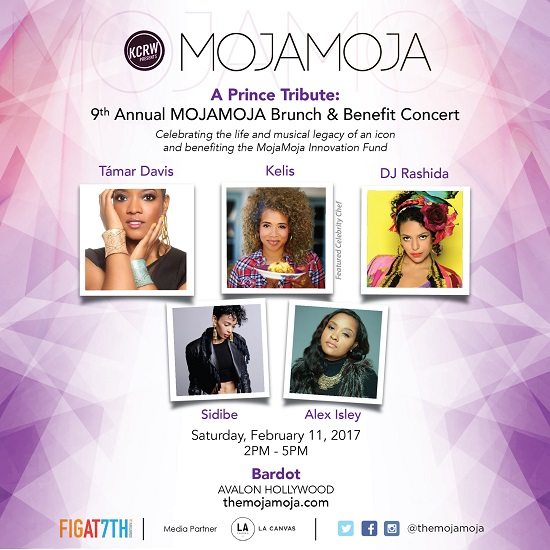 As we all know, last year was a bit harsh, with us losing several of our musical legends seemingly back to back. While each loss stung pretty badly, the sudden loss of Prince is one that still hurts. We're sure that with the GRAMMYs and other events coming up we'll be getting quite a few tributes to his iconic artistry in the coming months. In fact, one of our favorite GRAMMY Week events, the MojaMoja Brunch and Benefit Concert, has decided to dedicate the entire event to His Royal Purpleness and they're doing so with some major female star power.

For their ninth annual pre-GRAMMY effort, taking place on February 11th at Bardot in Avalon Hollywood, the crew at MojaMoja has tapped Prince protégés Tamar Davis, singer-songwriter Alex Isley (whose cover of "Beautiful Ones" had us in our feels) and Sidibe, who happens to be one of the last artists to be co-signed by Prince himself. That's not all, though. The event will also feature saucy boss chick Kelis, who will be delivering a pop-up brunch featuring recipes from her cookbook, My Life On A Plate, and her tasty Bounty & Full sauce line. And, just as last year, DJ Rashida will be there to hold it all down on the turntables and rock the crowd. As always, the event will benefit the MojaMoja Innovation Fund, which benefits organizations like Oxfam America, Common Ground Foundation and Girl Scouts.

A good time that supports a good cause? Sign us up! If that sounds right up your alley (and honestly, why would it not be?) then you can pick up general admission tickets to the event for $40. If you happen to not be able to attend, then you can still make a donation to the MojaMoja Innovation Fund here. For more info about the event, check out the benefit's website and read our recap of last year's star-studded show, which was co-hosted by our very own Butta.


TAGS:  Alex Isley, dj rashida, kelis, MojaMoja, MojaMoja Pre-GRAMMY Brunch, prince, Sidibe
Previous: 10.4 ROG Can Do No ‘Wrong’ With This Anderson .Paak Refix Next: Lauriana Mae Lightens The Mood With ‘How We Live’ 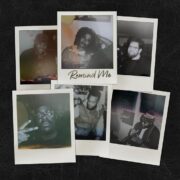