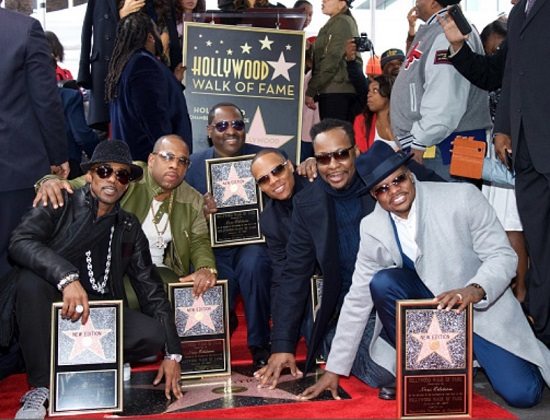 January is just coming to a close, but we might've already witnessed the television event of the year. BET's New Edition biopic, The New Edition Story, proved to be ratings gold, with millions tuning in to watch the miniseries over the course of its three-night run. In fact, it became BET's biggest premiere of the last five years and set social media on fire as the film stayed in Twitter's trending topics. With all that buzz, the group member's would be foolish not to capitalize on that momentum. Spinoff group Bell Biv DeVoe clearly got the memo having dropped their latest album this past Friday.

Well, according to one key member of NE, Johnny Gill, it looks like that's exactly what's about to happen. The crooner recently hit up TMZ to break that New Edition is, in fact, hitting the studio to record a brand new album. "We're going to try to embark on this New Edition album, get that ready ASAP," he told the celeb news source. "And then we're gonna to have the tour dates ready for the fans coming very, very shortly. We're putting it together as we speak." In the process of delivering the news, Johnny also hinted at who would be producing the project by name dropping Terry Lewis. New Edition and Jimmy Jam and Terry Lewis back together? Are we going to get another Heart Break?

While that remains to be seen, it definitely gives fans something to look forward to. We're definitely here for it and look forward to checking New Edition's name off of our list of Artists Who Need To Release New Albums In 2017. Peep Johnny giving TMZ the inside scoop below. Also, if you happened to miss The New Edition Story, you can catch the reairing in full tonight (January 30th) from 8 p.m.-2 a.m. and again on February 20th 6 p.m.-12 a.m. Set your DVRs accordingly.


TAGS:  bell biv devoe, bobby brown, jimmy jam, johnny gill, new edition, terry lewis
Previous: Kehlani Celebrates ‘SweetSexySavage’ Release & Gets A Little ‘CRZY’ On ‘Jimmy Kimmel Live!’ Next: Fantasia Gets Her Happily Ever After In ‘When I Met You’