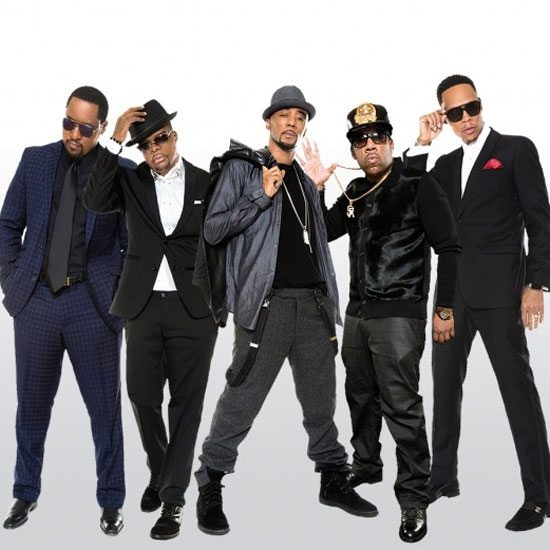 To paraphrase two clichés, it's best to strike while the iron's hot because tomorrow is not promised. Let's face it, 2016 was a stark reminder that our favorite artists are mortal, no matter how talented and special they may be. That's why when it comes to an untouchable R&B supergroup like New Edition — consisting of solo artists Bobby Brown, Ralph Tresvant, Johnny Gill and trio Bell Biv DeVoe (Ricky Bell, Michael Bivins and Ronnie DeVoe) — we don't wanna take any chances.

The timing couldn't be better for a comeback. For the past several months, the fellas have been generating some serious buzz and setting thirst traps with the trailers for their upcoming biopic miniseries, The New Edition Story. With its talented (and handsome) cast and dynamic built-in soundtrack, the television event has already reawakened our obsession with the group and is poised to introduce them to a new generation of fans (not to mention generate record ratings for BET). Adding to our nostalgic feels is that fact that we just celebrated the 20th anniversary of Home Again, the one and only album to feature all six members.

Sure they're older now, but we know they can still sing, still dance and still sound great together. So please guys, before 2017 gets any bright ideas, bless us with that N.E. studio magic one more time. Thankfully, we at least have BBD to hold us down for now. We've been feelin’ their singles "Run" and "Finally" and can't wait for Three Stripes to drop at the end of the month. — B. Cakes